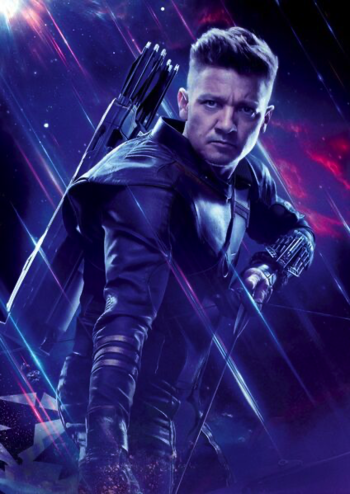 "I see better from a distance."
Click here to see him as Hawkeye 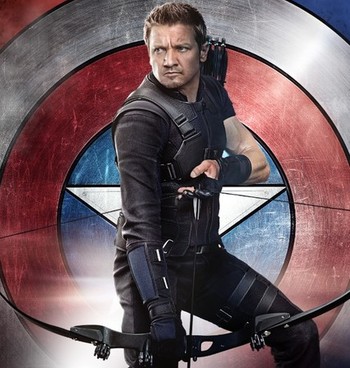 "The city's flying! Okay, the city is flying... we're fighting an army of robots, and I have a bow and arrow. None of this makes sense."

An agent of S.H.I.E.L.D., and the greatest marksman in the world. He recruited Natasha Romanov into S.H.I.E.L.D. instead of killing her like he was ordered, creating a bond between the two of them. He is assigned by Nick Fury to keep an eye on dangerous operations, like the Tesseract project. And unlike any of the other Avengers, he is married with children.

Admittedly, special effects were used to create the effect.

Admittedly, special effects were used to create the effect.