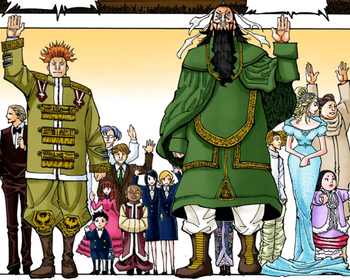 The Kakin Empire is a wealthy country ruled by Nasubi Hui Guo Rou. It's located in the middle of the Azian Continent and it underwent a considerable economic growth that made it one of the wealthiest countries in the world. The Royal Family consists of Nasubi, his eight wives Unma, Duazul, Tang Zhao, Katrono, Swinko-Swinko, Seiko, Sevanti and Oito, and their fourteen children together. The Kakin Empire are the main sponsors of Beyond Netero's expedition to the Dark Continent, thus forcing the Hunter Association and the V5 to participate; the V5 in particular has to accept the Kakin Empire into their ranks, thus forming the V6 and as such, finally starting the journey to the Dark Continent, an endeavor involving thousands of people crammed up in a single gigantic ship, which is proverbially a pressure cooker ready to blow.

During the trek towards the Dark Continent, Nasubi announces a Succession War between the Princes of Kakin in order to determine the heir to the throne. The princes undergo a Nen ritual to imbue them with a Nen Beast in order to give them an even playing field, though they have no control or awareness of their respective beasts. The princes are informally divided between the Elder and Younger princes, on which the former have the logistic and manpower advantage regarding their resources for the war. What's more however, once the ritual starts, none of the princes can refuse participation as the Nen ritual likewise is a contract based power. Once they (unwittingly) agreed to it, it was pretty much kill or be killed.

The succession war involves the elimination of the rest of the princes in order to be considered the true heir, though not all the princes are aware of this. Each of the princes' retinue in the expedition consists of 15 guards personally chosen by the elder queens, which include members of the Hunter Association; however, the retinues also include assassins, moles, and normal bodyguards who are unaware of the situation; as such, the younger princes have either a few or none of the 15 bodyguards appointed by their own mothers. 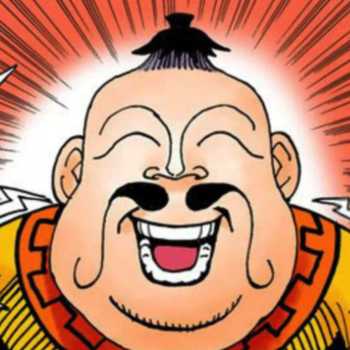 Ruler of Kakin and patriarch of the Royal Family. A publicly jolly person, Nasubi is actually a ruthless man who makes his children fight for the throne's succession. 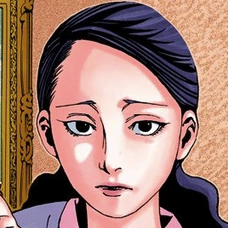 The eighth (and youngest) wife of Nasubi, initially a poor Kakinian girl that was chosen by the king. Wobble is her only daughter and she holds very little influence within the court, all of this meaning that her chances for survival are beyond thin. Despite this she is willing to do whatever is necessary for her´s and her daughter´s survival and to do so she hires the services of hunter Kurapika Kurta, who has his own reasons to chase after the Hui Guo Rous...

Due to the circumstances of Woble being a toddler, Oito is the other important target Kurapika needs to protect. 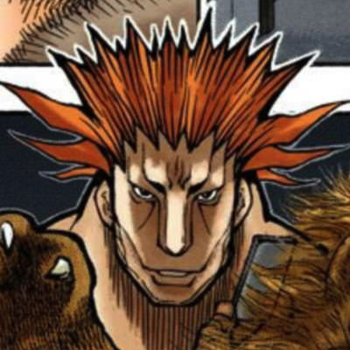 First Prince of Kakin and son of Nasubi's first wife, Unma. He is the full brother of Tserriednich and the Deputy Military Adviser of the Royal Army of the Kakin Empire.

Benjamin is a passionate, military-minded individual who is capable of making informed, rational decisions and being very respectful of his men. This makes him a Reasonable Authority Figure to his men, but this mindset belies a cruel and cold-hearted individual who believes in striking down all who oppose him with lethal force. 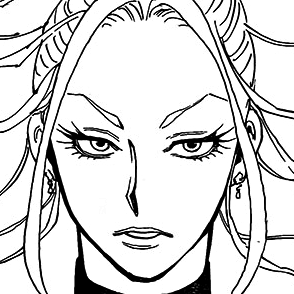 Camilla is a Spoiled Brat of a prince, being a Daddy's Girl since she was young. Despite this, she is passionate about winning the war, even if her intelligence (or lack thereof) and spoiled nature cause her to become Her Own Worst Enemy. 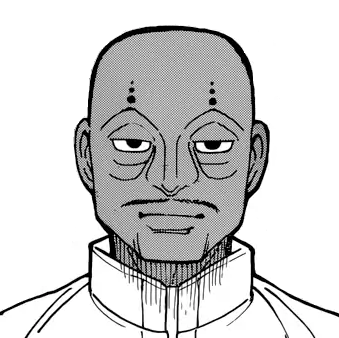 Zhang Lei Hui Guo Rou is the third prince of Kakin and the only son of his father's third wife, Tang Zhao Li.

A rational and diplomatic individual, Zhang Lei is logical almost to a fault. He places great importance on intel, and refuses to act unless he has all the information necessary. 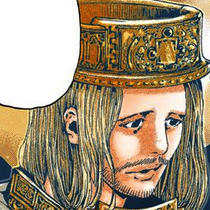 Fourth Prince of Kakin, and second son of Nasubi's first wife, Unma. He is the full brother of Benjamin.

Tserriednich is, in a few words, a complete and total psychopath. A Mad Artist turned Up to Eleven, Tserriednich is dead set on completing the war and remaking the world in his twisted image. Of all the princes, he is easily most dangerous as a winner, lest he become The Caligula.

Tserriednich is the current owner of the last Kurta tribesmen eyes, which are part of his personal collection of horrors. As such, he is the main objective of this arc's Revenge Mission for Kurapika. 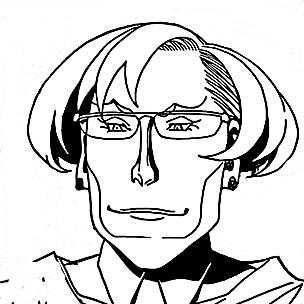 Tubeppa is a researcher at heart, fascinated with science and discovery. 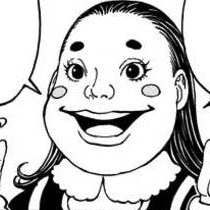 The leader of her own personal Cult of Personality, Taithon is unconcerned with the war and would rather focus on spreading her religion to all. 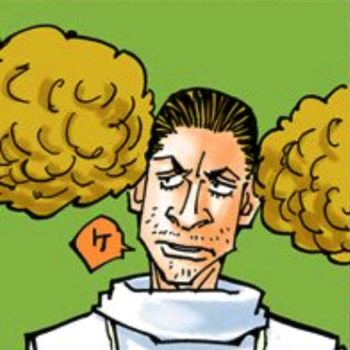 A stoner artist, Luzurus is surprisingly concerned with the war, but his lack of foresight means his planning often backfires on him. Luzurus is guarded by Basho of the Nostrade Syndicate under Kurapika's leadership. 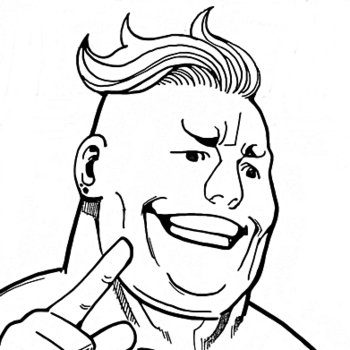 Eighth Prince of Kakin and the son of his father's fifth wife Swinko-Swinko.

A fat, hedonistic pig, Sale-Sale wants nothing more than to enjoy the cruise in peace. 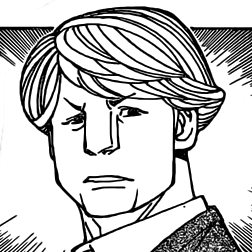 Halkenburg Hui Guo Rou is the ninth prince of Kakin and the second son of his father's second wife, Droisulle. He is the full brother of Camilla, Tubeppa and Luzurus.

Halkenburg is easily the nicest of the princes, being a democratic leader. His Magnetic Hero personality means many people flock to his rule, making him arguably one of the best candidates to win the war despite being the 9th prince in line for the throne. 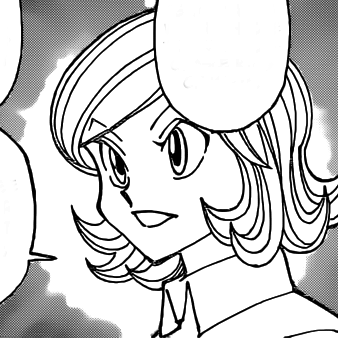 Kacho Hui Guo Rou is the tenth prince (princess) of Kakin and the daughter of her father's sixth wife, Seiko. She is the older fraternal twin sister of Fugetsu.

A Jerkass teen with a serious mood problem. She used to be friends with her younger sister Fugetsu, but the circumstances of the war have driven them apart. Both her and Fugetsu are guarded by Melody of the Hunter Association under Kurapika's leadership. 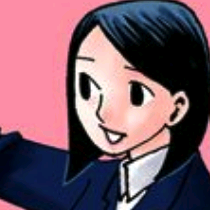 Fugetsu Hui Guo Rou is the eleventh prince (princess) of Kakin and the daughter of her father's sixth wife, Seiko. She is the younger fraternal twin sister of Kacho.

A kindhearted and gentle young woman, who has no idea what the war is about and wants nothing to do with it. She, like Kacho is guarded by Melody. 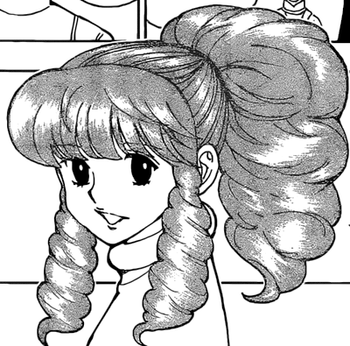 Momoze Hui Guo Rou is the twelfth prince (princess) of Kakin and the daughter of her father's seventh wife, Sevanti. She is the full sister of Marayam.

Momoze is a classic example of the beautiful princess—kind, elegant, and good with words. She hates the war, and removes herself from it at the beginning. Momoze is guarded by Hanzo of the Hunter Association under Kurapika's leadership. 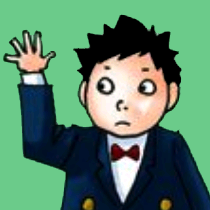 An extremely young boy. His mother therefore stays by his side. Marayam is guarded by Biscuit Kruger of the Hunter Association under Kurapika's leadership. 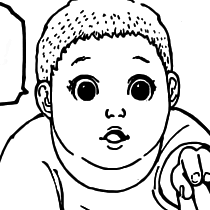 Woble Hui Guo Rou is the fourteenth prince of Kakin and the daughter of her father's eighth wife, Oito. She is the youngest Prince of Kakin overall, a baby still. Woble and her mother are guarded by Kurapika Kurta of the Nostrade Syndicate under collaboration with the Hunter Association.