Note: All basic class introductions are current as of Endwalker.

As stalwart guardians of the party and the most durable of the playable classes, Tanks redirect enemy aggression towards them. Not necessarily always at the forefront but their role often lands them as the leading one in dungeon explorations.

Prior to the combat class overhaul of the Stormblood expansion, all Tank classes are part of the Disciples of War.

Fighters that prioritize defense by wielding both a sword and shield. By the use of a plethora of protective cooldowns they can shield allies from harm while taking minimal damage themselves. The Paladin unlocks powerful new skills for both attacking and defending as well as the ability to better support allies with healing and barrier magic.

Players who start with Gladiators begin in Ul'dah. 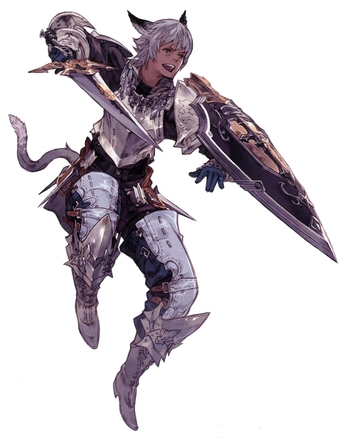 Gladiators specialize in the handling of all manner of one-handed blades, from daggers to longswords, be they single- or double-edged, straight or curved. Tracing their roots to the Coliseum, where the roar of the crowd reigns supreme, these melee combatants have learned to seamlessly flow between attack and defense in a dance that delights the eye.
Making use of their skill with the shield, gladiators can also draw the attention and attacks of an enemy upon themselves, thereby protecting their comrades from harm.
Abbreviation: GLA
Unlocking Requirements: Available at the start of the story 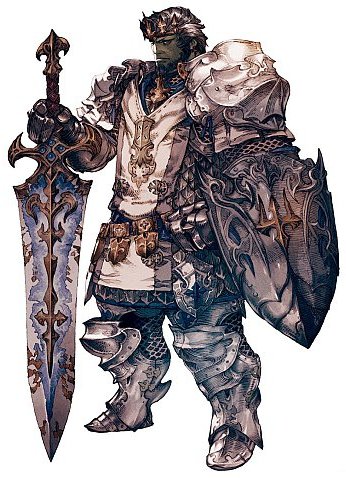 For centuries, the elite of the Sultansworn have served as personal bodyguards to the royal family of Ul'dah. Known as paladins, these men and women marry exquisite swordplay with stalwart shieldwork to create a style of combat uncompromising in its defense. Clad in brilliant silver armor, they charge fearlessly into battle, ever ready to lay down their lives for their liege.
To be a paladin is to protect, and those who choose to walk this path will become the iron foundation upon which the party's defense is built.
Abbreviation: PLD
Unlocking Requirements: Level up the Gladiator to 30
Marauder and Warrior

Heavy wielders of axes who bear unrivaled ability to both absorb damage and return it in full. The Marauder can further increase its offensive and defensive potential by becoming a Warrior which grants them stances that allow them to gain stacks that unleash savage attacks and Life Draining powers.

Players who choose to start out as Marauders begin their adventure in Limsa Lominsa. 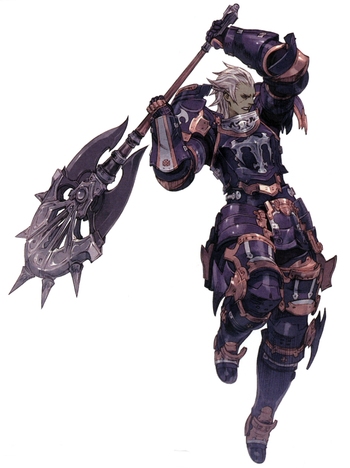 Marauders are combat specialists whose weapon of choice is the greataxe—a fearsome arm long associated with Eorzea's pirates. Their approach to battle is one of brute force, as they rely on pure strength and good steel to crush enemies and sunder weapons.
They are highly sought after for their ferocity and intimidating presence, and are often employed to hunt down monsters plaguing the land or to turn the tide of battle between warring nations. Skilled marauders have been known to take on entire packs of slavering beasts and emerge with little more than a few scrapes and bruises.
Abbreviation: MRD
Unlocking Requirements: Available at the start of the story 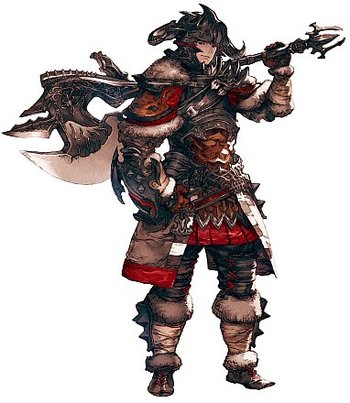 On the northernmost edge of Abalathia's Spine exists a mountain tribe renowned for producing fearsome mercenaries. Wielding greataxes and known as warriors, these men and women learn to harness their inner-beasts and translate that power to unbridled savagery on the battlefield.
In former times which saw war waged ceaselessly in Eorzea, the warriors featured prominently on the frontlines of battle. With the arrival of peacetime, however, their art has descended into the shadows of obscurity, where it remains to this day.
Abbreviation: WAR
Unlocking Requirements: Level up the Marauder to 30
Dark Knight 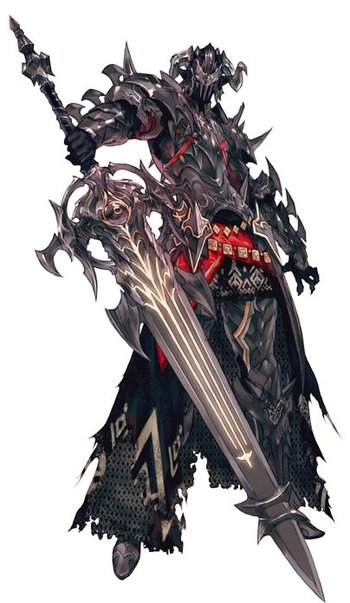 The pious Ishgardian clergy guide the flock, and the devout knights protect the weak. Yet even the holiest of men succumb to the darkest of temptations.
None dare to administer justice to these sacrosanct elite residing outside the reach of the law. Who, then, defends the feeble from the transgressions of those meant to guide and protect them?
A valiant few take up arms to defend the downtrodden, and not even the holy priests and knights can escape their judgment. Pariahs in their own land, they are known by many as "dark knights."
These sentinels bear no shields declaring their allegiance. Instead, their greatswords act as beacons to guide the meek through darkness.
Abbreviation: DRK
Unlocking Requirements: Exclusive to Heavensward onwards; must be level 50 in any of the combat classes
Preferred Weapons: Greatswords
Armor Type: Fending
Guild Location: The Pillars, Ishgard

Knights who combine their skill with a Greatsword with that of The Dark Arts to protect themselves and allies. By wielding their Black Magic they can enhance the strength of their attack and defense while siphoning the magic of their enemies to fuel their spells and attacks. 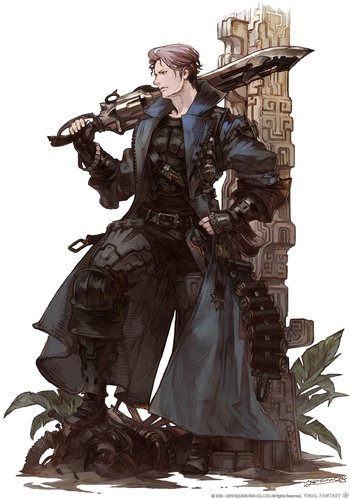 The Hrothgar of northern Ilsabard have passed the art of the gunblade from one generation to the next. The weapon itself combines a sword with a firing mechanism, emitting a range of magical effects by utilizing aetherically imbued cartridges. Originally employed by Queen Gunnhildr's personal guard, they were once known as "Gunnhildr's Blades" and differ greatly from the similarly named weapons used in the Garlean Empire.
Abbreviation: GNB
Unlocking Requirements: Exclusive to Shadowbringers and onwards; must reach level 60 in any of the combat classes
Preferred Weapons: Gunblades
Armor Type: Fending
Guild Location: God's Quiver Bow, Gridania

Soldiers armed with a gunblade, swords built with a firing mechanism that can unleash enchanted shells to achieve many different effects.