Magi who use their arcane powers as a method of attack, casters can attack from long range with explosive might but require concentration to cast their spells which can be interrupted by attacks or movement. With patience and careful planning, these classes can bring some serious carnage in the battlefield, blowing up swathes of enemies with a wave of a spell.

open/close all folders
Casters in General
Thaumaturge and Black Mage

Preferred Weapons: Scepters and Staves
Armor Type: Casting
Guild Location: Steps of Nald, Ul'dah
Magic users that draw upon the aether in their body and channel it through a Magic Staff with a Power Crystal, concentrating on obliterating enemies with Fire, Ice, Lightning spells as well as the ability to unleash a few Status Effects. Becoming a Black Mage gives the player even greater focus on destructive spells by drawing upon the ambient aether of the planet itself. 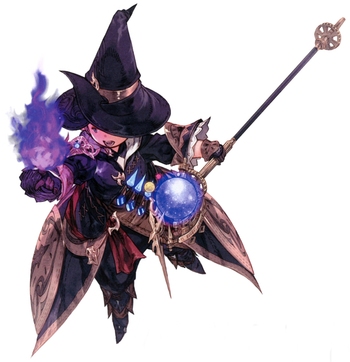 Abbreviation: THM
Unlocking Requirements: Available at the start of the story 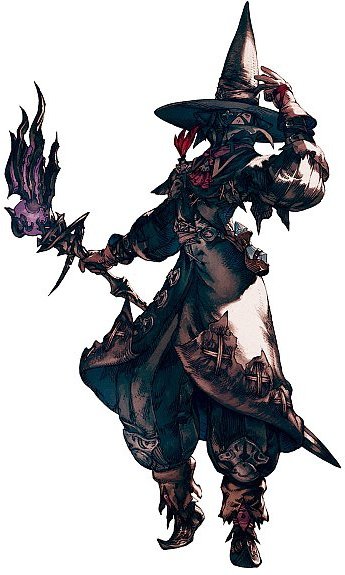 Preferred Weapons: Grimoires
Armor Type: Casting
Guild Location: Limsa Lominsa Lower Decks
Sorcerers that specialize in commanding familiars, and delving into enfeebling and Damage Over Time spells (prior to Endwalker removing them) by using a form of magic called Arcanima, a process that uses a Grimoire inscribed with geometric signs and mathematic formulas. Later on, they can learn the arts of the Ancient Allagan Summoner class, which summons elementals which have gained enhanced power from exposure to a primal of their element.

Abbreviation: ACN
Unlocking Requirements: Available at the start of the story 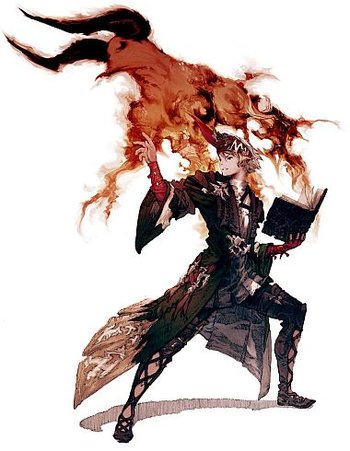 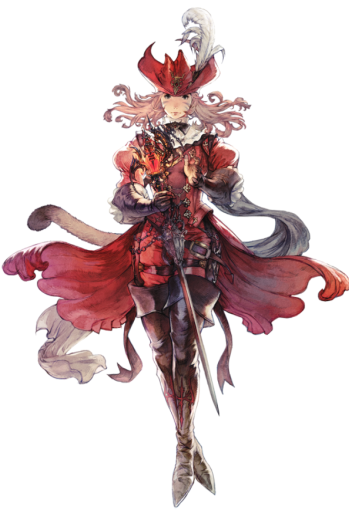 Hailing from the mountains of Gyr Abania where the survivors of the Mhachi Black Mages and Amdapori White Mages fled to survive a great flood millennia ago, Red Mages use both the White and Black magics of their ancestors in tandem. Wielding a rapier and crystal medium, they marry their spellwork with swordplay to attack enemies with long ranged chain magic before closing in with finishing moves with their sword.
Abbreviation: RDM
Unlocking Requirements: Exclusive to Stormblood and onwards; must reach level 50 in any of the combat classes
Preferred Weapons: Rapiers
Armor Type: Casting
Guild Location: Steps of Thal, Ul'dah
Blue Mage 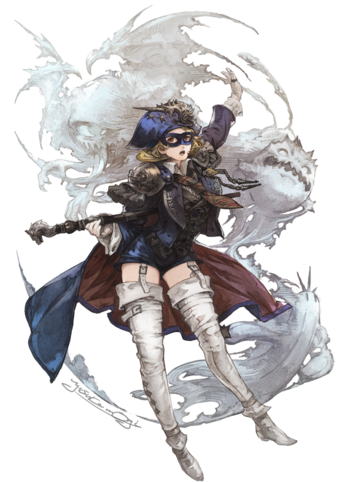 Sorcerers equipped with canes who study the powers of monsters and whose discipline originates with the Whalaqee tribe in the New World. Blue Mages are the first Limited Job, at present capping at level 70 and being unable to use the Duty Finder to find random groups. If a Blue Mage wants to do instanced content, it must be with a preformed party. They are also unable to enter instanced content beyond that of Stormblood.
Abbreviation: BLU
Unlocking Requirements: Complete the Main Scenario of A Realm Reborn; must reach level 50 in any of the combat classes
Preferred Weapons: Walking Canes
Armor Type: Casting
Guild Location: Steps of Thal, Ul'dah