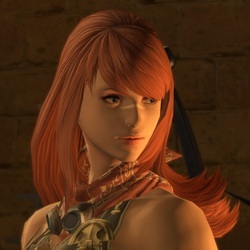 Race: Highlander Hyur
Discipline: Miner
"It's not easy, managing a boisterous bunch of lads and lasses who'd sooner drain a tankard than swing a pickaxe, but I give it my best."

The guildmaster of the Miners' Guild. An Al Mhigan refugee, she rose her way up through the ranks and considers the Miners' Guild her family after it took her in following the death of her father. 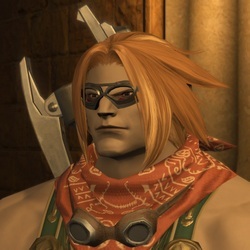 The son of Deep Canyon and a star miner of the guild. He quickly starts a rivalry with the Warrior of Light as their accomplishments threaten to eclipse his own. 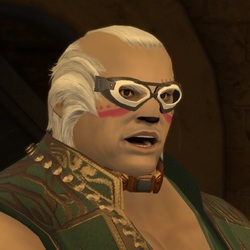 The vice foreman of Amajina & Sons Mineral Concern, the company behind the Miners' Guild. Because of this, he commands as much authority as Adalberta through his control of the guilds' funding. 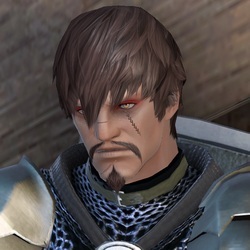 Race: Highlander Hyur
Discipline: Gladiator
"There's only one breed o' strays I don't take—them what want a place to die. They're bad for business an' bad for the company."
The Leader of a band of mercenaries who were hired to prospect Coerthas and Dravania for valuable resources. They act as muscle and guards, while you are brought on to do the actual prospecting work.
Stickqix
Race: Goblin
Discipline: Blacksmith
The focus of the Stormblood Miner quests, an Idyllshire goblin who is looking to combine goblin and Eorzean technology to further the advancement of machina in general. 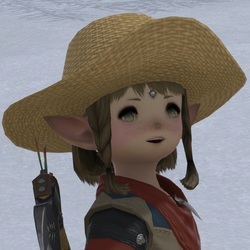 Race: Dunesfolk Lalafell
Discipline: Botanist
"Nature is an unsentimental creature. She may provide for our every need today, only to take it all away on the morrow."

The Guildmaster of the Botanist's Guild. A gentle woman who abhors violence, she prioritizes respect for the Twelveswood above all.

A reporter for "The Raven," a newspaper in Gridania.

The Botanist representative for Heavensward and a member of House Haillenarte who's trying to make Camp Cloudtop self-reliant. 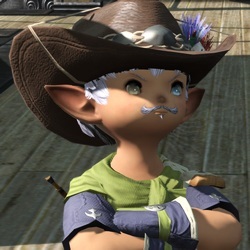 Race: Dunesfolk Lalafell
Discipline: Fisher
"I have deemed that love and fishing are not so dissimilar in definition. Why, neither fish nor maid can be caught without a carefully considered cast, after all."

The leader of the Fisherman's guild.

A Sahagin that Wawalago accidentally caught on a fishing trip. Upset that the population of "shooting stars of the sea" has been dwindling, he joins the Warrior of Light and Wawalago to investigate the cause.

Qeshi-Rae
Race: Mystel
Qeshi-Rae is the eccentric head of the Facet of Gathering, a subset of the Crystalline Mean responsible for providing raw materials for the people of the Crystarium. Though undeniably good at her job, Qeshi-Rae is more interested in chasing rumours of the samiel, a mythical creature no one has ever seen. She acts as the Shadowbringers questgiver for Miners and Botanists.
Frithrik
Race: Ronso
Discipline: Fisher

Frithrik is the head of the Facet of Fishing, a division in the Crystalline Mean in charge of providing a variety freshwater and saltwater fish for consumption. Although he came into the position almost by chance, he takes his role seriously and tries to increase the diversity of fish available to the Crystarium in hopes of providing vital nutrients needed to stave off illness. Unfortunately, his efforts are rebuffed by the other fishers, who see nothing wrong with maintaining the status quo. He acts as the Shadowbringers questgiver for Fishers.