Magi who use their arcane powers as a method of succor, healers focus on mending the wounds of allies who have sustained damage in combat. An essential member of any group, they are not only the literal life of the party, but they also have their share of offensive magic to fight back.

open/close all folders
Healers in General
Conjurer and White Mage

Magic users who channel the aether of the land itself through a wand made from unworked wood. With a focus on healing and bestowing allies with a few Status Buffs they also command the power of earth, water and wind to defend themselves as needed. Becoming a White Mage gives the player unparalleled healing skills as well as the powerful Holy spell. 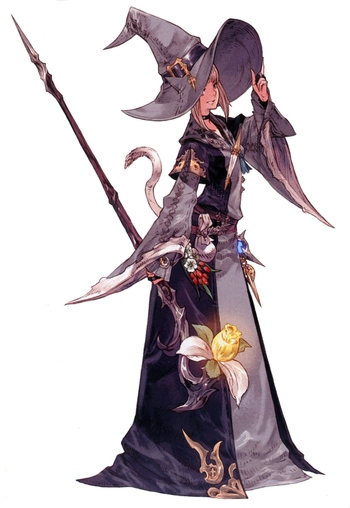 Abbreviation: CNJ
Unlocking Requirements: Available at the start of the story 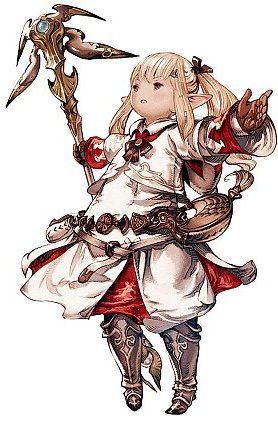 Arcanists trained in Nymish battle strategy and healing arts, they support and protect allies with their Fairy Companion and powerful barrier magic. Because they evolve from Arcanist, they share all of that classes tropes (though they lose access to the Carbuncle summons).
Abbreviation: SCH
Unlocking Requirements: Level up Arcanist to 30
Preferred Weapons: Codices
Armor Type: Healing
Guild Location: Limsa Lominsa Upper Decks
Astrologian 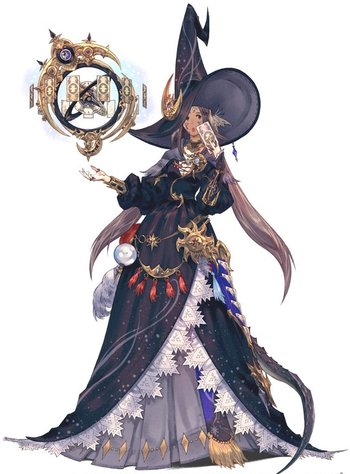 Masters of a rare branch of spellcraft known as Astromancy, these seers use celestial aspected magic to support allies and attack enemies by altering fate and can bestow powerful enchantments using a deck of magical fortune telling cards. By attuning to the Power of the Sun they can grant allies Gradual Regeneration or by channeling the Moon they can instead shield them from harm.
Abbreviation: AST
Unlocking Requirements: Exclusive to Heavensward and onwards; must reach level 50 in any of the combat classes
Preferred Weapons: Star Globes
Armor Type: Healing
Guild Location: The Pillars, Ishgard
Sage 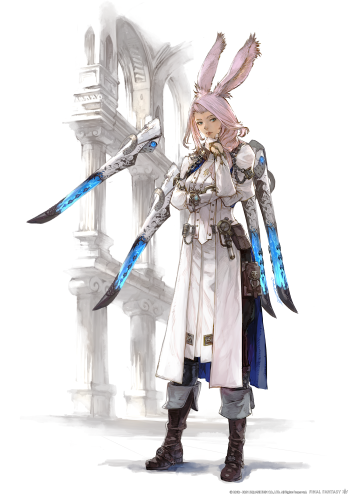 Healers whose arts hail from Sharlayan, they use a new form of magic known as somanoutics that combines traditional sorcery with modern aetherology and technology. These learned magi concentrate their magic through four mobile foci called nouliths, with the purpose of healing and protecting their comrades.