Whether it's bows, firearms, or chakrams, these ranged fighters are highly mobile and can attack from a safe distance, letting them stay on the attack relentlessly from a safe vantage point. Though they have the safety and comfort in attacking from the back line, their role lies in not just raw damage, but the extra utilities that make them highly desired for support.

open/close all folders
Ranged in General
Archer and Bard

Preferred Weapons: Bows
Armor Type: Aiming
Guild Location: New Gridania
Physical ranged damage class that wields bows, they specialize in dealing rapid damage while staying at a safe distance from the enemy. Through this class The Bard job is unlocked which gives gives the character Magic Music abilities that grant buffs and debuffs for allies and enemies. 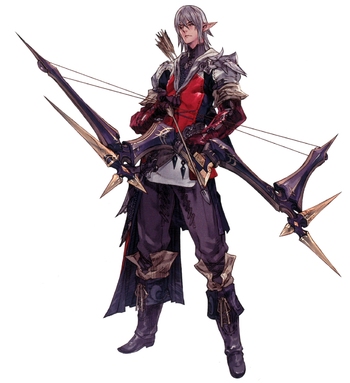 Abbreviation: ARC
Unlocking Requirements: Available at the start of the story 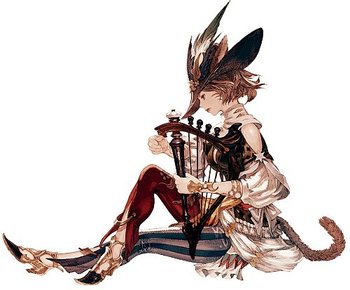 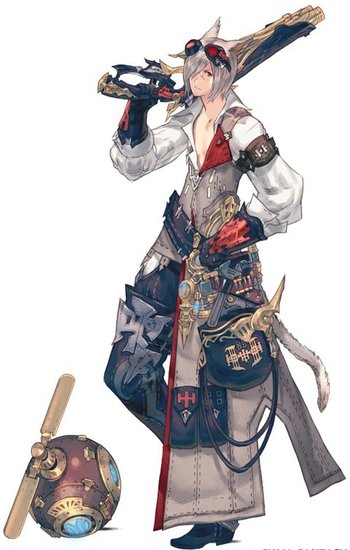 Masters of machina and marksmanship that use their skill with Magitek engineering and carbines to attack enemies from afar. Through their engineering skills, they can call Attack Drones to aid them in combat and use custom ammunition to boost their damage output.
Abbreviation: MCH
Unlocking Requirements: Exclusive to Heavensward onwards; must be level 50 in any of the combat classes
Preferred Weapons: Guns
Armor Type: Aiming
Guild Location: Skysteel Manufactory, Ishgard
Dancer 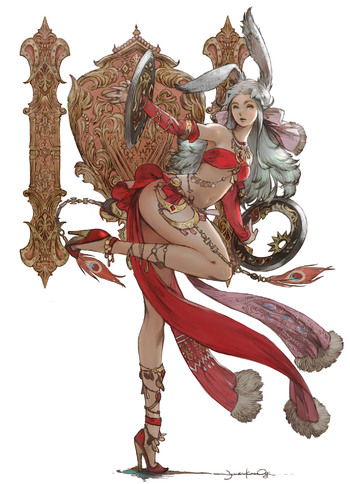 Graceful wielders of throwing weapons who use their dances to harry enemies and support their allies.
Abbreviation: DNC
Unlocking Requirements: Exclusive to Shadowbringers and onwards; must reach level 60 in any of the combat classes
Preferred Weapons: Chakram
Armor Type: Aiming
Guild Location: Limsa Lominsa Lower Decks