The quintessential frontline fighters who deal damage up close and personal, melee fighters take advantage of their positioning to strike enemies from different angles to increase their damage output. Boasting high damage output out of the DPS classes, these classes are a staple addition to any group.

open/close all folders
Melee in General
Pugilist and Monk

Masters of hand to hand combat that augment their strikes with a Power Fist, favoring speed over attack the Pugilist uses a unique Stance System to execute their martial arts and grow more powerful the longer they remain on the offense. The Monk enhances the pugilists already extreme power by gifting the class with more Ki Manipulation to better round out their arsenal 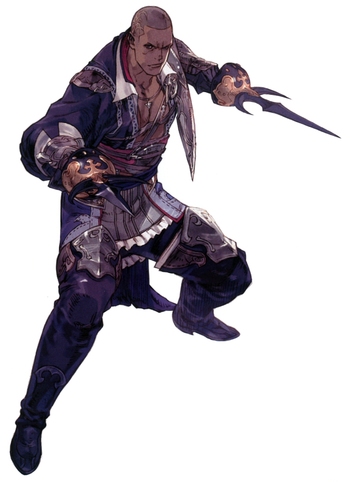 Abbreviation: PGL
Unlocking Requirements: Available at the start of the story 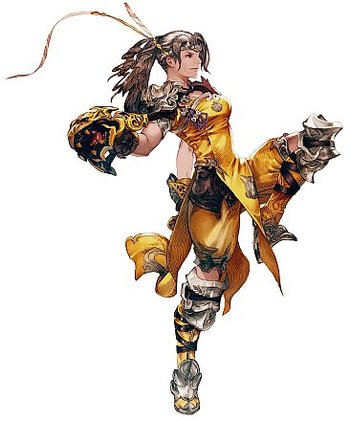 Wielders of lances that can pepper enemies with rapid stabbing attacks that allow for powerful damage dealing. After becoming a Dragoon this allows the character to use its signature Death from Above attacks and rain death In a Single Bound. 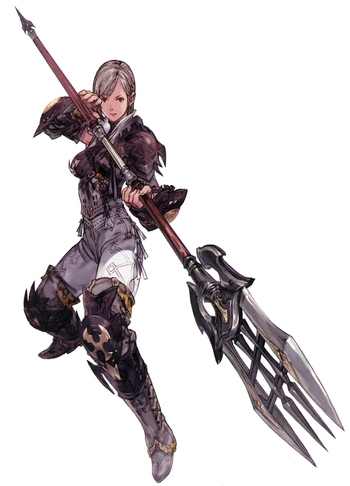 Abbreviation: LNC
Unlocking Requirements: Available at the start of the story 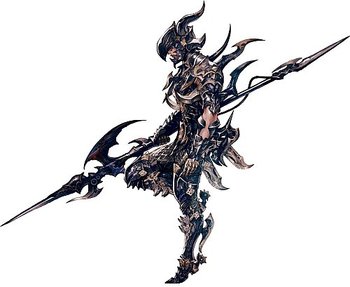 Preferred Weapons: Daggers
Armor Type: Scouting
Guild Location: Limsa Lominsa Lower Decks
Members of a secret society born in the shadows of Limsa Lominsa, Rogues fight using a dagger in each hand. Rogues will later train in the exotic martial arts of Doma to become Ninjas. Rogues and Ninjas were added to the game in patch 2.4. While not an Extra Job, Rogue cannot be chosen by new players, requiring level 10 in another class and the ability to get to Limsa Lominsa. 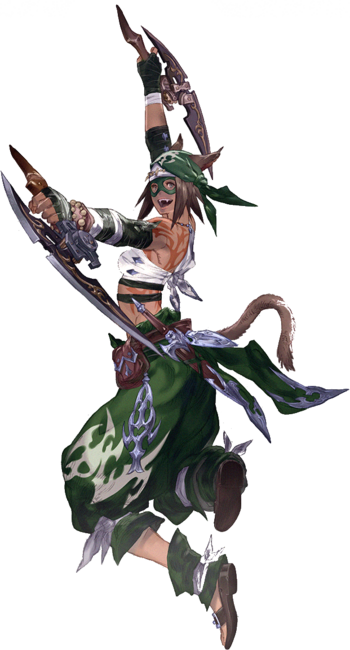 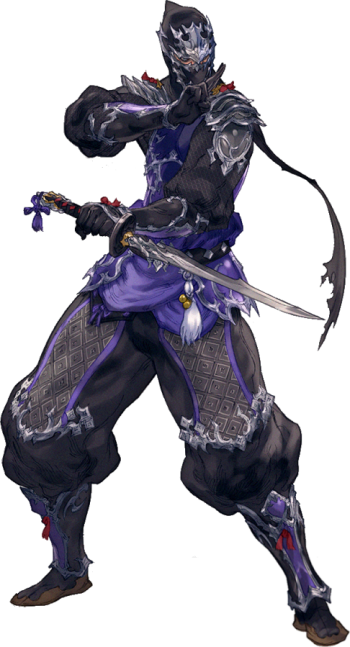 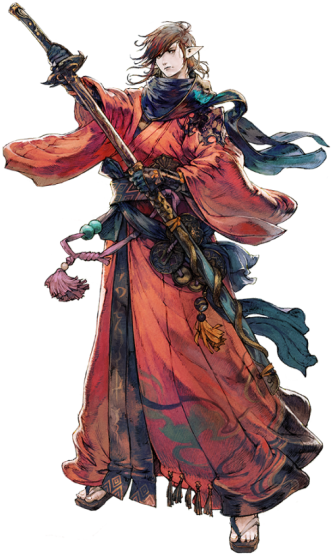 Masters of the blade trained in Othard swordplay techniques, wielding their katana, they use their exotic swordplay to build Sen and Kenki, storing energy within their blade to unleash powerful iaijutsu and hissatsu abilities.
Abbreviation: SAM
Unlocking Requirements: Exclusive to Stormblood and onwards; must reach level 50 in any of the combat classes
Preferred Weapons: Katanas
Armor Type: Striking
Guild Location: Steps of Nald, Ul'dah
Reaper 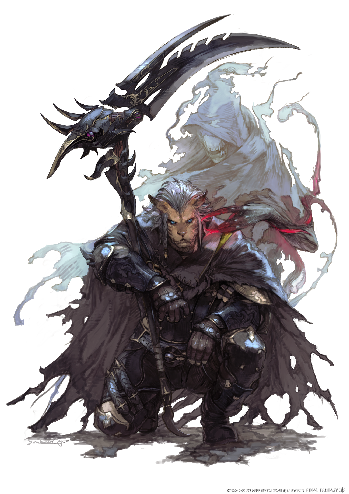 A discipline founded by Garlean farmers in a time before magitek, these ordinary men and women incapable of magic forged covenants with voidsent in order to obtain magical strength to fight back against their enemies and took up their scythes with a new purpose.