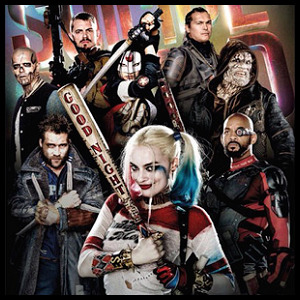 "So that's it, huh? We're the patsies, the coverup. We're some kind of suicide squad."

A team of supercriminals who were coerced by Amanda Waller into executing dangerous black ops missions in exchange for clemency, lest they want their head to be blown off. 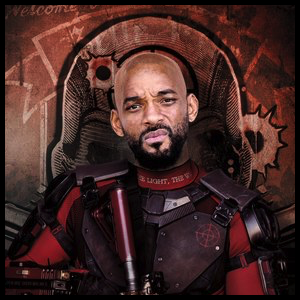 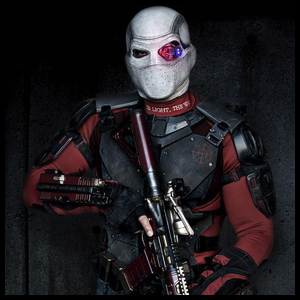 Portrayed By: Will Smith

An expert marksman and assassin. A mercenary by day and a concerned father by night, Deadshot is a conflicted criminal who enjoys the hunt, but is still trying to do right by his young daughter. 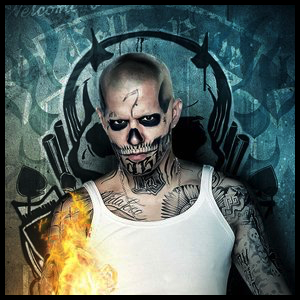 "We weren't picked to succeed. You know that, right? We were all chosen to fail."
Click here to see his flaming avatar 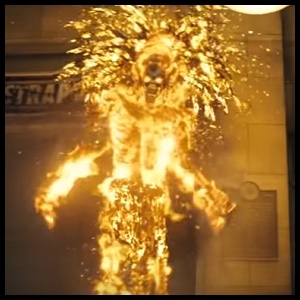 "You got nothin' to worry about from me. I'm cool, homie."

A former Los Angeles gang member who can summon flames. 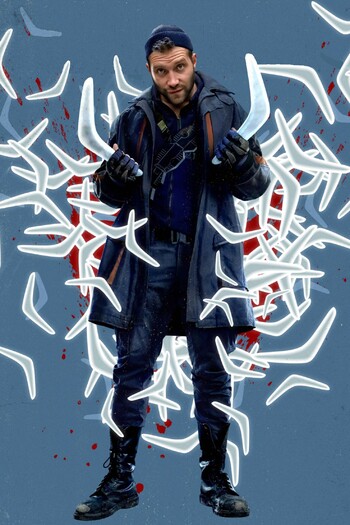 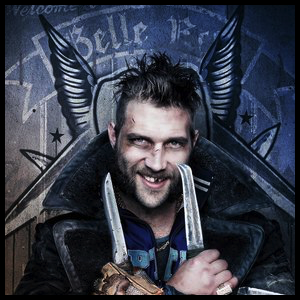 "Yeah, let's go home. That sounds good. You guys wanna go home? Hmm? Or you wanna go back to prison?"

"You know what they say about the crazy ones."

An Australian bank robber and assassin who utilizes deadly boomerangs. 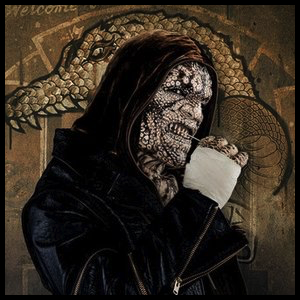 "I live in the sewers. Y'all just tourists."

A supervillain who suffers from a condition that causes him to develop reptilian features. 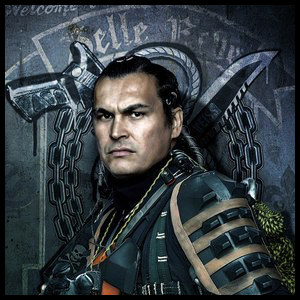 "She had a mouth." note after punching the woman who called him "Scumbag" in the face

A criminal who can climb anything.