Back to the main HISHE characters page.

DC Comics superheroes appearing at the Super Café in the web animation series How It Should Have Ended. They are largely based on their live action versions. 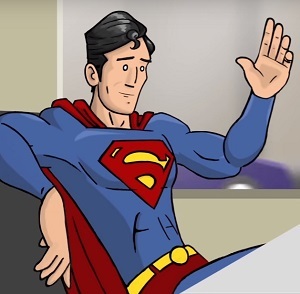 "Made out with Lois for a little bit, flew out into space, and smiled for the camera."
Voiced by: Daniel Baxter

Always sitting on the left side of the Superhero Café, he is the Man of Steel. 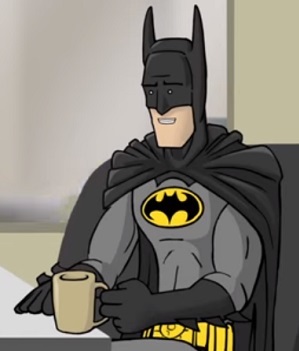 Always sitting on the right side of the Super Café, he is the Dark Knight. 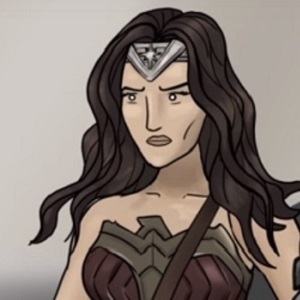 "I pretty much just checked my e-mail and then fought a monster... What were you guys doing the whole time?"
Voiced by: Stephanie Fisher 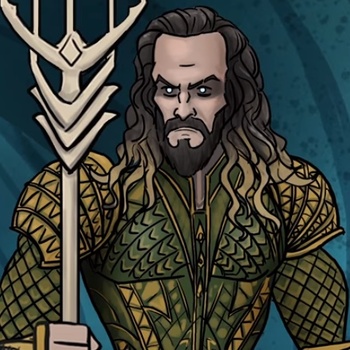 The prince of Atlantis, who finally appeared in a film. 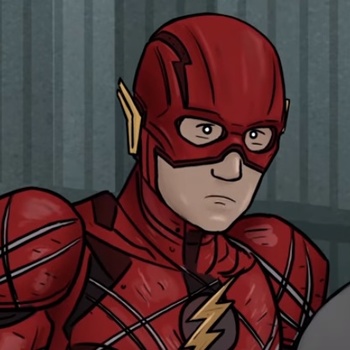 "Oh, I am so not comfortable with this..."
Voiced by: Chris Oldenburg (Batman v Superman HISHE) 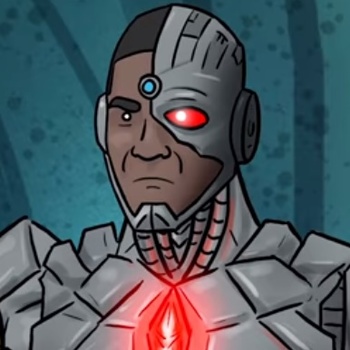 "I'm actually already part of another team."
Voiced by: 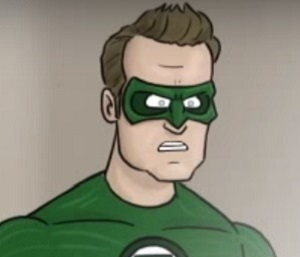 "How come you guys won't accept my friend request?!" 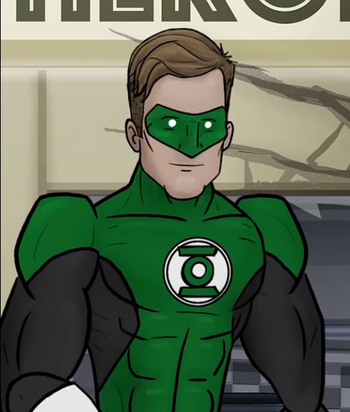 "I'm a little late to the party, but better late than never."
Voiced by: John Tillman, Nicholas Andrew Louie

The green Space Police superhero who's still waiting outside the Café until a good movie about him gets made, since things didn't turn out well for the last one . 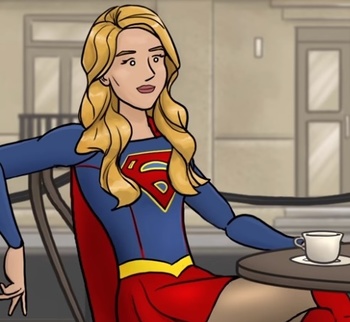 "Sounds cool actually! Can we come?"
Voiced by:

The Distaff Counterpart to Superman. 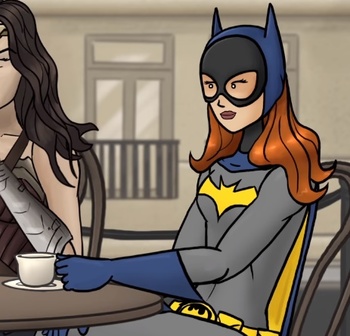 "The boys make everything so dark and depressing..."
Voiced by:

The Distaff Counterpart to Batman. 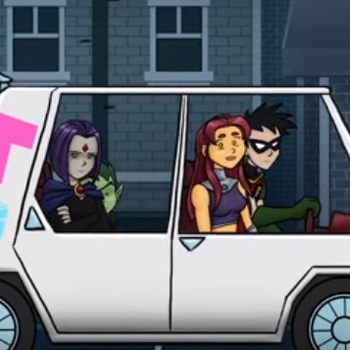 "Cyborg! The lives of the innocent are in danger! It's time to act!"
Voiced by: Daniel Baxter (Robin and Beast Boy), Stephanie Fisher (Raven), Tina Alexander (Starfire)

A team of young superheroes Cyborg was famously part of.