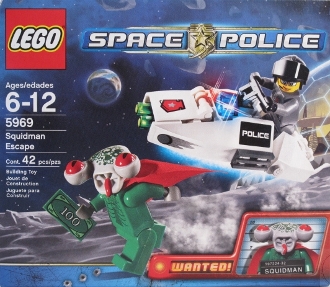 Cleaning up this galaxy, one plastic criminal at a time.
"From the freshest Konstabel to the most respected Oberst, Patrol officers are a true band of brothers. Theirs is a lonely duty, served far from home and family. But someone must guard the hearthfires."
— GURPS Traveller, Sword Worlds
Advertisement:

Also see Space Cadet, Super Cop, Time Police, and Superheroes in Space. For the military equivalent, see Space Marine. Also, Space Pirates are likely to be among the criminals that Space Cops pursue. Captain Space, Defender of Earth! can be a parody of this trope.