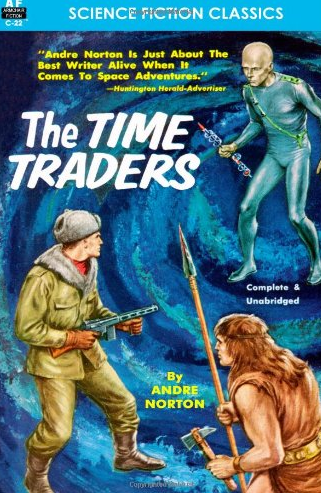 The Time Traders was a series of science fiction works by Andre Norton, with the four original books from the late '50s and early '60s, and three additional books from 1994, 1999 and 2002.
Advertisement:

It features a band of time travelling agents, working for the US Government, initially in an effort to investigate Mother Russia's sudden rise in technology. After they start encountering alien technology, it includes space travel adventures as well as time travel adventures (including traveling to other planets and then visiting their pasts). It evolves into a book series featuring myth arcs, intrepid merchants, and exploring ancient civilizations, both human and alien.