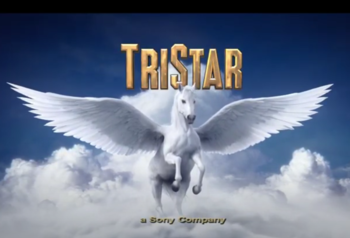 TriStar Pictures is a division of Sony and a sister company of Columbia Pictures. Founded in 1982 as Nova Pictures by a joint venture of Columbia, CBS and HBO, the company's name changed to Tri-Star Pictures due to the existence of Nova, a science series on PBS, and began distributing films in 1984 (their first release was Where The Boys Are '84, a pickup from ITC Entertainment). The idea was that the three partners would split both the ever-increasing costs of making movies, and distribution rights (Columbia in theaters, CBS on broadcast TV and HBO on cable TV). Over the next three years, Columbia would buy CBS and HBO's shares of the company (primarily due to home video making TV rights to movies look less attractive) and by 1987, Columbia had taken over the whole company. Throughout its first 15 years, TriStar served as an equal to Columbia by producing similar product, while also distributing the films of Carolco Pictures (an arrangement that lasted until 1994, when they switched to Metro-Goldwyn-Mayer, who distributed most of the studio's final films) and other assorted companies.

Early on (with a few exceptions), TriStar's films were released by Home Video Distributors RCA/Columbia Pictures Home Video, CBS/Fox Video (and/or sublabels Key Video and Playhouse Video), or Thorn-EMI/HBO/Cannon Video. By 1988, following Columbia's assumption of control over TriStar, home video distribution of films produced by the studio moved exclusively to RCA/Columbia. The Carolco films were released on the International Video Entertainment and Live Home Video labels (since absorbed into Lionsgate), often with TriStar's logo cut. Cliffhanger is the only Carolco film in which the rights were retained by the original distributor.

TriStar formed its television, TriStar Television, in 1986. Notable shows from the time include My Two Dads and Werewolf, but folded into Columbia Pictures Television in 1988 after a restructuring of the television studios after Coca-Cola (then owners of Columbia and its subsidiaries) took a reduced role in their studios. It would return in 1991 after gathering the rights to produce several shows from New World Television. The second run brought fourth Mad About You and The Nanny before being folded into Columbia TriStar Television in 1999 (after both shows ended their run).

After the box office disappointment of Godzilla (1998), Sony decided to downscale TriStar and put more emphasis on its then-new B-movie division, Screen Gems. TriStar continued to exist as a division for titles acquired from different companies and the occasional Direct to Video product, but still managed to get a successful film every once in a while (such as District 9 and Looper).

In 2013, the TriStar brand began a resurgence. Tom Rothman, a former 20th Century Fox chairman, joined forces with other Sony executives to form TriStar Productions. This new division is intended to supplement the output of Columbia, Screen Gems, and other labels, producing up to four films a year. In addition to continuing with acquiring other companies' work, TriStar resumed distributing its own in-house productions, and returned to full production of TV series note TriStar had previously produced TV series, from 1987, just before HBO left, to 1999 under Sony Pictures Television. However, due to Tom Rothman becoming chairman of Sony Pictures' Motion Picture Group in 2015, Tristar's output has decreased, with just one film released by the label since 2017.

On May 28, 2015, Tri Star Television was re-launched as a boutique production label for Sony Pictures Television. Until her death in March 2018, the revived studio was run by Suzanne Patmore-Gibbs after being in-name-only for 15 years. The first new series was Good Girls Revolt and was piloted for Prime Video on November 5, 2015.

Known for its Pegasus Mascot and their fanfare, the first version of which was composed by Academy Award winner Dave Grusin (recomposed when TriStar's second logo debuted in 1993).