Series / On Becoming a God in Central Florida 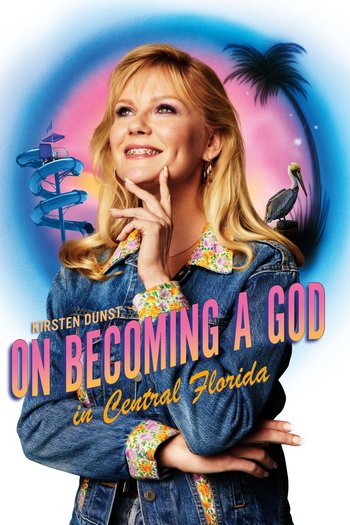 On Becoming a God in Central Florida is a Black Comedy series which debuted on Showtime in 2019.

Florida, 1992. Krystal Stubbs (Kirsten Dunst) is an ex-local beauty queen turned water park employee with a newborn daughter. Her husband Travis (Alexander Skarsgård) is a low-level distributor in a multi-level-marketing company called Founders American Merchandising (FAM), and remains devoted to the teachings of its founder, Obie Garbeau II (Ted Levine), despite repeatedly taking financial losses thanks to the company. When the family falls on hard times and FAM refuses to bail them out despite their loyal service, Krystal hatches a plan to scam the scammers.

It was initially renewed for a second season, but then later reversed and was subsequently cancelled due to the COVID-19 Pandemic.

This series proves examples of: