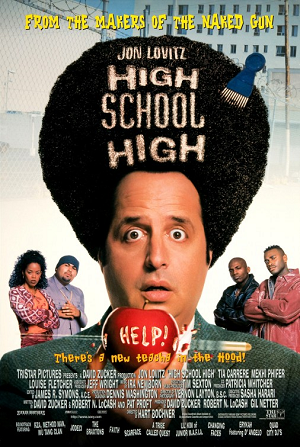 High School High is a 1996 comedy film produced by David Zucker (Airplane!, The Naked Gun), affectionately parodying the Save Our Students genre.

Richard Clark (Jon Lovitz) is a hopeful teacher who decides to defy his elitist boss and father by deciding to teach at an inner city school instead of the prestigious academy position his father had selected for him. At Barry High School he finds the school dilapidated and the kids out of control, but vows to better the place with the help of Ms. Chapell (Tia Carrere).