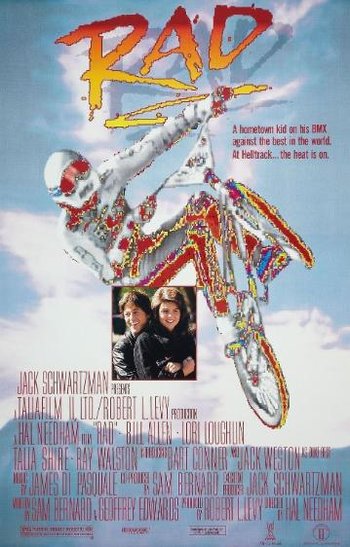 A 1986 movie about BMX racing, complete with a heavy amount of '80s slang, hairdos, and music. It stars a racer named Cru, who must choose between a qualifying spot on the upcoming Helltrack BMX race and his SATs toward college, both of which take place on the same day.
Advertisement:

Not to be confused with the 2019 Double Fine Roguelike of the same name.