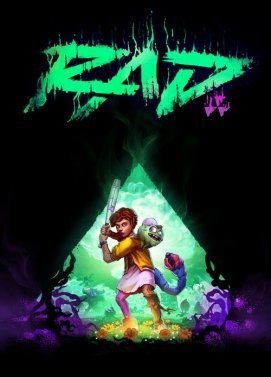 To Mutate is your Fate
Advertisement:

Rad is a 2019 Roguelike third-person action game from Double Fine and is the brainchild of Lee Petty who also made Stacking and Headlander.

Set in a world where the apocalypse happened twice a small band of survivors are running low on the power that sustains their small population. The only solution available is to send off a cavalcade of young would-be saviours into the hard unforgiving landscape, to recover power sources and keep their community alive. To facilitate this the elder transforms each young hero to convert the deadly titular "Rads" into useful mutations.