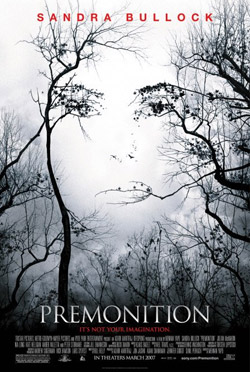 Premonition is a 2007 American drama film directed by Mennan Yapo and starring Sandra Bullock and Julian McMahon where Linda Hanson (Sandra Bullock) lives the days of an eventful week in her life out of chronological order.

Not to be confused with the J-Horror film Yogen (Premonition is its English title).