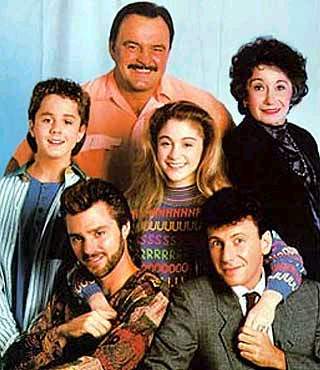 You can count on me.

"This is me, Nicole Bradford.
This is my dad and this is my dad.
How did I get two dads? They inherited me.
One dad who's down to earth and one dad with his head in the clouds."
(Edited) opening narration

Marcy Bradford, mother to twelve-year-old Nicole, passes away, leaving Nicole (Staci Keanan) to live with her father. Trouble is, Marcy was dating two different men when Nicole was conceived, and she never knew which was the father. DNA testing was not yet commercially available, and the blood typing was inconclusive.

The obvious solution is for Nicole to live with both men. This is suggested to be what Nicole's mother wanted, so that Nicole could benefit from each dad's best traits: Michael (Paul Reiser) is sensible and organized, while Joey (Greg Evigan) is artistic and carefree.

A few years into the series, DNA testing became available. Nicole got tested, but decided not to look at the results, preferring to live with both dads and never knowing which was biologically her father.