The organisation in charge of LINK VRAINS. They aim to capture Ai to regain access to the Cyberse world, and compete with the Knights of Hanoi to achieve their goal. 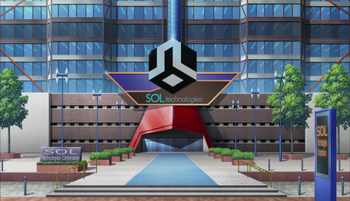 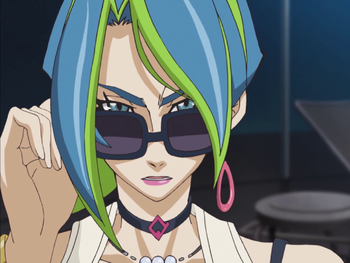 A high-ranking member of SOL Technologies Inc. She uses an "Allure Queen" deck. 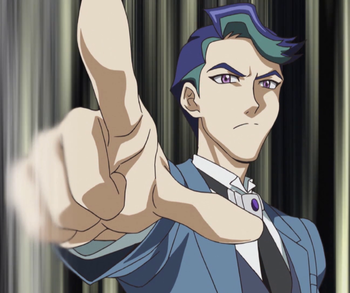 Aoi's workaholic older step-brother and SOL Technologies Inc.'s Security Chief, dedicated to protecting Den City from hackers on a daily basis. Later demoted to Chief and replaced by his former boss, Kitamura, after Playmaker's duel against Revolver. At the end of the series after Ai is defeated Akira was revived along with the other victims and became the CEO of SOL Technologies replacing Queen.

He duels using a Tindangle deck, DARK Monsters revolving around Flip Effects that also have abilities that are dangerous to Link Monsters. 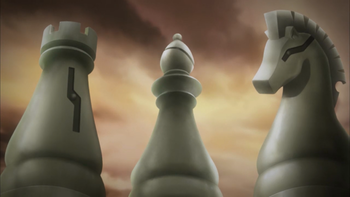 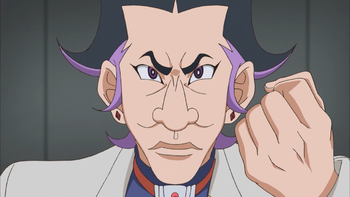 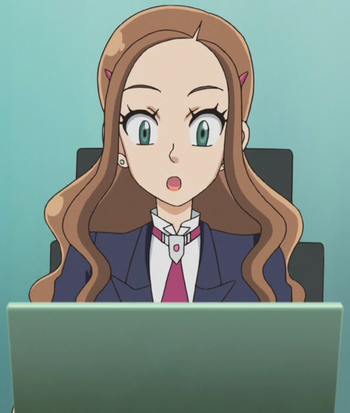 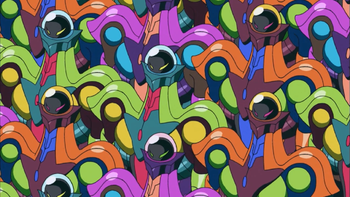 A series of AI Duelists created by Kitamaru and his team to combat the threat posed by the Knights of Hanoi.

They use Tentaclusters, a series of DARK Machine-types based on prehistoric sea creatures and have the option of a mill strategy or a burn strategy.

A group of individuals hired by SOL Technologies to target Playmaker, who has a bounty on his head worth ₽500,000 since the opening of NEW LINK VRAINS, and acquire his Ignis.
Go Onizuka (George Gore/The Gore) 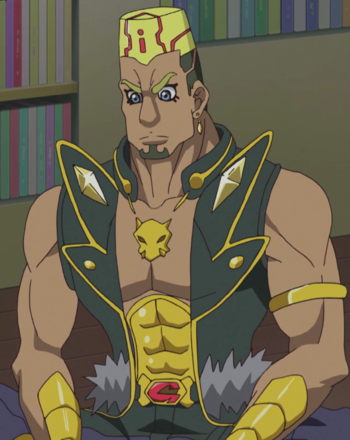 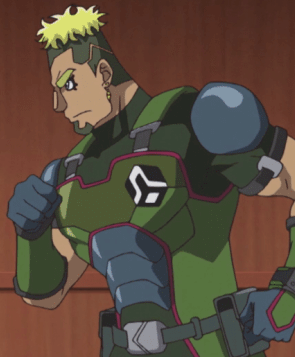 to see him as a Bounty Hunter

He duels using the Gouki Archetype in a Beatdown deck that punishes defensive players. His Ace Monster is Gouki the Great Ogre, a card that reduces the ATK of all monsters on the field by their DEF, crippling his opponent's monsters while leaving him safe as Gouki Monsters all have 0 DEF. His Skill, Fighting Spirit, allows him to bring back all Gouki Monsters destroyed last turn back onto the field once per duel.

As a Bounty Hunter, GO operates a Dinowrestler deck, which also revolves around a Beatdown play style, as well as monster protection, manipulating (like limiting the amount or choosing which monster his opponent can attack with) or preventing attacks on his monsters or the activation of spells and traps. His new Skill, Dinowrestle Revolution, allows him to activate the Field Spell World Dino Wrestling which limits the number of attacks he and his opponent can do in one turn and give his Dinowrestler Monsters more ATK. In order to get stronger, he became part of an experiment of SOL Technologies. He gained an AI implant in his brain which gave him the ability called Brain Hack which allows him to see more possibilities. It also allowed him to create a new Skill for himself called Anti-Skill which allows him to not only negate his opponent's Skill, but also lets him draw two cards, 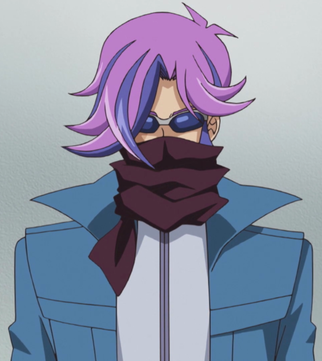 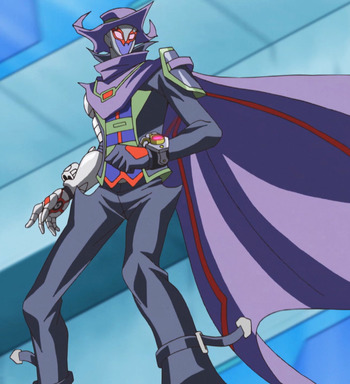 A ruthless Bounty Hunter acquainted with Akira and Emma, hired by SOL Technologies to capture Playmaker's Ignis. In LINK VRAINS, he is known as Blood Shepherd. At the end of the series after Ai is defeated Blood Shepherd was revived and continue to work as a bounty hunter with his sister Emma at LINK VRAINS. 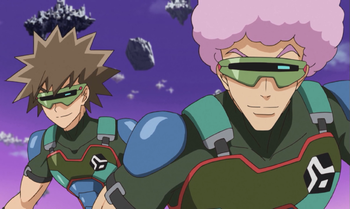 A pair of Bounty Hunters who accompany Go.

They both use Gouki decks like Go did before his Face–Heel Turn.