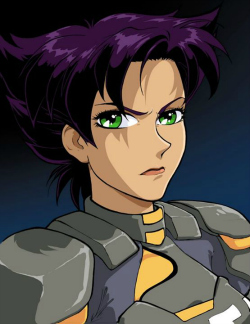 The protagonist of the game, Konoko (real name Mai Hasegawa) is a rookie TCTF agent working directly under her superior officer and father figure, Commander Griffin. She soon gets caught up in a plot that reveals some home truths and a plot that threatens to destabilize humanity's already thin peace, masterminded by her brother. 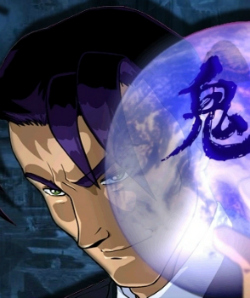 Muro Hasegawa is the Big Bad of the game, the leader of the Syndicate (which he usurped by getting rid of its leaders and centralizing leadership on himself) and a bearer of a daodan Chrysalis. He aims to Take Over the World by leaking the outside world's toxic fumes into the main settlements, forcing anyone who wishes to live to sell their souls to him for a Chrysalis. He's also Konoko's brother. 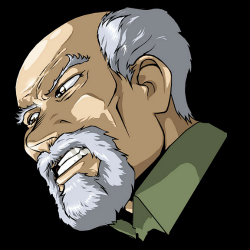 Commander Terrance Griffin is a high ranking officer of the TCTF, as well as Konoko's superior and surrogate father figure. Pragmatic, ruthless, but nonetheless well-intentioned, Griffin aims to snuff out the Syndicate and keep order. Turns out he's privy to the nature of the Chyrsalis, and was complicit in the order to infuse it into Konoko as a child. 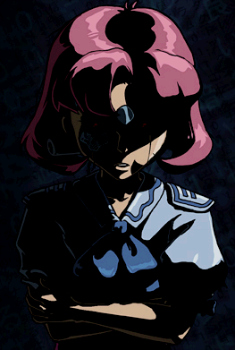 Shinatama is a simulated life doll—SLD—designed specifically to interface with Konoko, with whom she has a strong bond. She was actually created to monitor Konoko's burgeoning Chrysalis, though often falsified her reports back to Griffin to protect her human familiar.

She acts as a friend and relay point for Konoko, helping her out on her missions and training.

Muro's Dragon, head enforcer, and general right-hand-man, the hulking Barabas is out to remove his master's enemies by any means necessary. 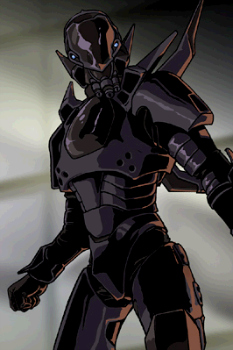 Mukade is Muro's head ninja. He seems to take over the role of The Dragon after Barabas is defeated, and is dispensed by his master to retrieve critical information regarding Konoko's past, which inevitably brings him into conflict with our heroine.

Despite his past, he's fond of Konoko and tries to protect her.

Hasegawa & Jamie Kerr/Hasegawa
Hasegawa was a talented professor who took a romantic interest in a talented student of his, Jamie Kerr. He became involved in her activism, which led to the pair traveling beyond the atmospheric processors. During the trip, Jamie cut her leg and suffered an immediate infection, which she died of shortly after. Enraged, Hasegawa decided to take up her cause and find a counter to the bleak reality that lies beyond civilization: the Chrysalis.

Hasegawa joined forces with his brother-in-law, Dr. Kerr, and the two masterminded the Daodon Chrysalis. However, the Syndicate took an interest in their work, and kidnapped the pair, until Kerr escaped.

Hasegawa and Jamie had two children, whose identities you can probably guess at this point. Kerr fled with Konoko to the TFTC when she was a child, where the pair were granted sanctuary and protection, while Muro and his father remained with the Syndicate. Both Muro and Konoko were infused with the Chrysalis by their respective "patrons."

Thug
The first enemy you encounter outside of training. Thugs are very weak, capable of going down in only a few punches and kicks. You start off fighting many of these guys, then they start being replaced by the Strikers. Unlike other Syndicate troops, Thugs don't have a ranking system.
Striker
The rank-and-file foot soldier of the Syndicate. Strikers are general-purpose troops.
Comm Trooper
Communications specialists. Comm Troopers maintain communications during Syndicate operations, while also serving as field computer specialists and coordinators. They are known to run and set off alarms when attacked. Unlike other Syndicate troops, they do not have a color-based hiearchy, and wear black uniforms.
Mad Bomber
Syndicate demolitions experts. Mad Bombers wear detonation harnesses, which will trigger a three-second countdown upon death. They wear the same uniform as the Comm Trooper, and, as with said Syndicate unit, they lack a color-based hiearchy.