Characters / A Song of Ice and Fire - House Arryn

This is a listing of the members of Houses Arryn who appear in A Song of Ice and Fire. 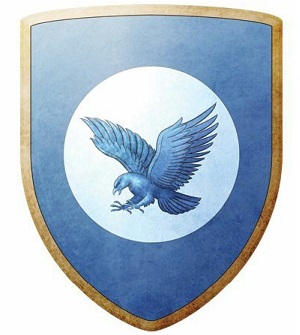 Lords of Mountain and Vale, their seat, the Eyrie, is built at the top of a mountaintop so steep that (primitive) elevators are used to ascend to it; the house used to be seated at the Gates of the Moon until the Eyrie was constructed. House Arryn used to hold the former Kingdom of the Mountain and Vale until the Conquest, where it was surrendered to Visenya Targaryen atop the dragon Vaghar without a fight. The head of House Arryn traditionally holds the title of Defender of the Vale and Warden of the East. The Arryns are the first and foremost Andal Great House in Westeros. Their most recent lord, Jon Arryn, was foster-father to two young boys of other families - Eddard Stark and Robert Baratheon. Jon, a Straight Man of the highest caliber, later served as Robert's Hand Of The King until his death prior to the opening of the series. His young trophy wife, Lysa Arryn, has since returned to the Vale with her husband's palsied little son Robert. Their sigil is a moon and falcon.

There are more Arryns available in the Vale, however. Yet, the Arryns of Gulltown are not considered to be true Arryns by those in the Eyrie: too mercantile. Even though, barring major economic upheaval, the Gulltown Arryns are usually richer than their mountaintop cousins. Yet, they are still cousins, however distant after just over 250 years since they became a cadet branch. Well-connected cousins. 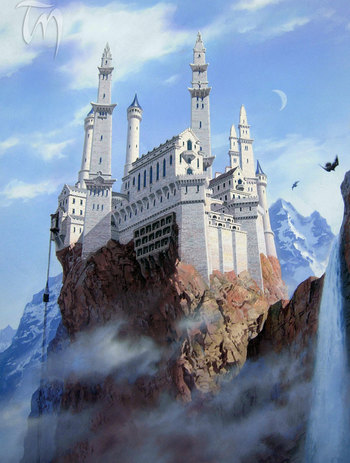 The Eyrie by Ted Nasmith 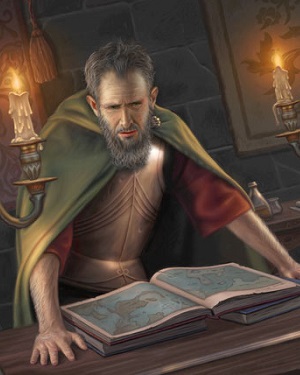 The Hand of the King preceding Eddard, who was a father figure to him and Robert during their fostering in the Vale and served as The Good Chancellor to Robert. His assassination at the beginning of the book sparks a chain of events that eventually lead to the start of the civil war. 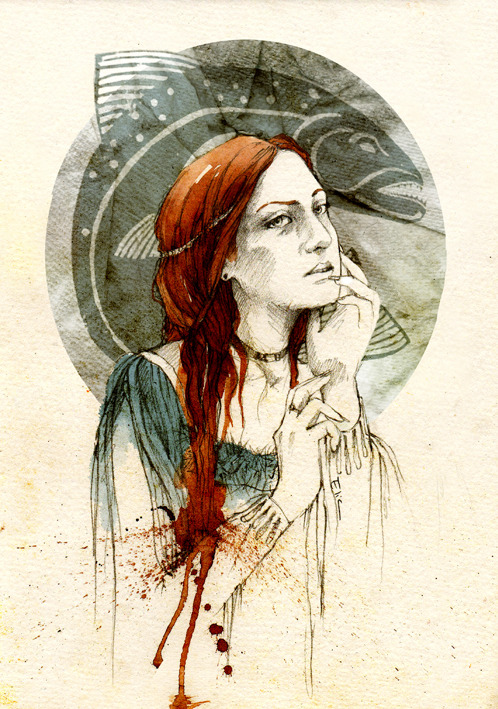 "A man will tell you poison is dishonorable, but a woman’s honor is different. The Mother shaped us to protect our children, and our only dishonor is in failure."

Younger sister to Catelyn, older sister to Edmure, and mother to little Robert Arryn, Lysa was married to Jon Arryn during Robert's Rebellion to secure the Tullys' loyalty. She's more than a bit unhappy about that. 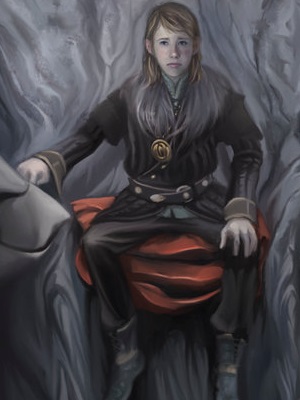 Jon and Lysa's weak and ill son, now Lord of the Vale after his father's death. 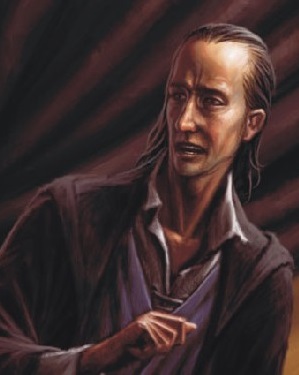 Maester of the Eyrie and loyal servant of House Arryn. 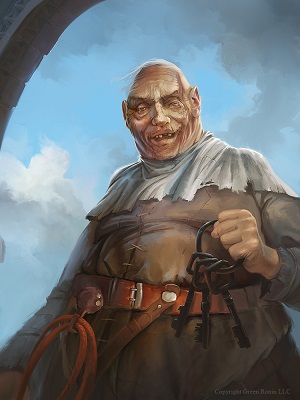 Gaoler of the Eyrie. He is dim-witted and cruel.

A travelling singer who accompanied Catelyn Stark to the Eyrie when she captured Tyrion, he quickly became a favorite of Lysa Arryn's and gained much power and influence in her court.

King Artys Arryn, King of the Mountain and the Vale

The Falcon Knight, the Winged Knight

"My throne is made of saddle leather, and my castle is a tent."

A legendary knight and one of the leaders of the Andal invasion. He defeated High King Robar II Royce at the Battle of Seven Stars to become the first Andal King of the Mountain and the Vale. King Artys spent much of his reign travelling the Vale, rarely spending time at his seat at the Gates of the Moon. He's Lord Robert's favorite hero.

Great-grandson of King Roland I, known for his passion for fighting and wenching. He stopped construction of the Eyrie to fund his campaign of conquest in the Riverlands. He ultimately failed, and a resulted ended up was betrayed and delivered to the King of the Rivers and the Hills.

The Flower of the Mountain

The mother of boy King Ronnel and his brother Jonos. She served as Queen Regent of the Kingdom of Vale and Sky during the War of Conquest, and surrendered to Queen Visenya.

King Ronnel Arryn, King of the Mountain and the Vale

The King Who Flew

The last King of House Arryn, a young boy. He surrendered the Vale to Aegons sister Visenya, in exchange for a ride on her dragon.

Younger brother of Lord Ronnel, Jonos attempted to usurp his brother and reclaim the independence of the Vale, but his revolt was crushed by Lord Allard Royce and Prince Maegor Targaryen.

A kinsman of the late Ronnel and Jonos who became the new Lord Arryn.

Lord of the Vale during the reign of King Jaehaerys I, he married princess Daella Targaryen, having only one child together, Aemma Arryn.

The first wife and cousin of King Viserys I. Daughter of Lord Rodrik Arryn and his wife, Princess Daella Targaryen. She and Viserys had several children, but only their daughter Rhaenyra survived past infancy.

The Maiden of the Vale

First cousin of Jeyne Arryn, he tried to depose her for which he was imprisoned.

Fourth cousin of Jeyne Arryn and named her heir in her will. However this was contested by other Arryn branches.

Former Lord of the Eyrie and father of Jon, Alys, and Ronnel Arryn.

A knight of the Vale and Jon Arryn's distant cousin and heir until his untimely death at the Battle of the Bells during Robert's Rebellion.

A young knight of the Vale and Jon Arryn's nephew and heir. He was one of Brandon Stark's companions who accompanied him to King's Landing to demand Rhaegar return Lyanna.