Characters / A Song of Ice and Fire - House Baelish

This is a listing of members of House Baelish who appear in A Song of Ice and Fire. 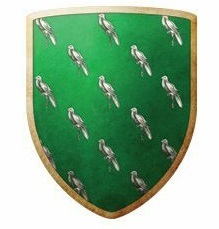 One of the most minor of houses in Westeros, begun by a sellsword from Braavos, who was granted land on the smallest of the five Fingers after being employed by one of the Lords Corbray five generations before. Its holdings consists of a small towerhouse with no name and a small village. The house's sigil is the head of the Titan of Braavos on a green field, though Lord Petyr Baelish changed it to mockingbirds on a green field, his own personal motif; their house words have not been revealed. Thanks to Littlefinger's plotting, House Baelish now holds rights to the Lordship of Harrenhal and the role of Lord Paramount of the Riverlands, titles he has yet to claim.

House Baelish has been traditionally sworn to the Lords of the Vale of House Arryn, and as of A Feast for Crows Littlefinger himself became the temporary Lord Protector of the Vale because of his protectorate over his step-son, the young Lord Robert Arryn. 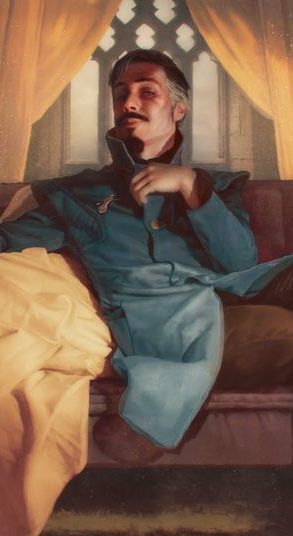 Son of the most minor lord in Westeros, Petyr is a man of pure ambition. He was fostered at Riverrun among his social betters, and fell in love with Catelyn Tully, who did not return his affection. His impropriety got him humiliated in a duel with Brandon Stark and thrown out of Riverrun. Determined to climb the social ladder, Petyr used his financial brilliance to become King Robert's Master of Coin actually, he got the job from Lysa Tully. He manipulated her into making Jon Arryn hire him in his first job at court! and acquired a substantial personal fortune as well. Not content with mere riches, Petyr has become quite the Chess Master. He works as the Man Behind the Man for many powerful players, but few seem to grasp the full scope of his own ambitions, and even then they might be incorrect. In-world, Petyr is called "Littlefinger" due to his short stature and the small strip of land he inherited in the Fingers.

For the Royal Court of King's Landing, see here.

Bastard daughter of Lord Petyr Baelish, raised in a Sept for most of her life, and brought to the Eyrie by her father to informally assume both the Ladyship of the Eyrie and the care of the young Lord Robert Arryn; in reality, she's the assumed identity of Princess Sansa Stark.

Petyr Baelish's Captain of the Guards at his keep in the Fingers.

A knight and former freerider in service to Littlefinger. He is a distant relation of the main branch of House Brune of Brownhollow.

A hedge knight who swears his sword to Littlefinger.

Ser Shadrich of the Shady Glen

Ser Shadrich of the Shady Glen 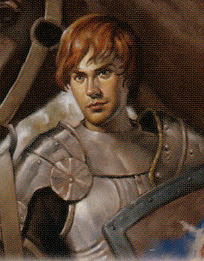 "Your common mouse will run from blood and battle. The mad mouse seeks them out."

A hedge knight who fought for Stannis Baratheon at the Battle of the Blackwater but was captured. He ruined himself financially to buy his freedom, and is seeking to restore his fortune by finding Sansa Stark and bringing her back to King's Landing. His coat of arms is a large white mouse with red eyes on a bendy brown and blue pattern.

A hedge knight who enters the service of House Baelish at the end of A Feast for Crows.