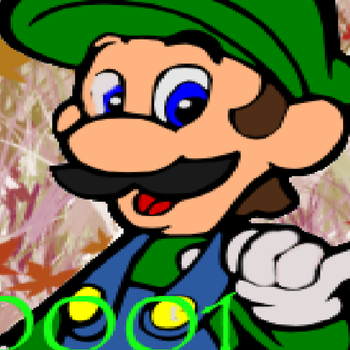 LuigiFan00001 (or LuigiFan) is a YouTube channel with a large variety of plush series.

Starting with Total Stuffed Fluffed Island back in 2007, LuigiFan has begin making various videos which involve characters from video games partaking in whichever their misadventures take them. Some of these characters come from obscure video games/cartoons, while others come in custom plushes which are hard to find. Whether it be the huge plotlines of Total Stuffed Fluffed Island, Super PacMan Plush, or Plants vs. Zombies Plush, or something nice and simple like in Super Plush Mario or Cooking ala Chef Piggy, each series features great and lovable fictional characters!

At first in life back in 2014, LuigiFan was slightly arrogant in terms of killing characters off in humorous, yet rather gruesome ways. However, later on in life, he acted more kind and considerate than he used to be, thus also expanding his audience as well with new ideas and videos to come later on in life.

His channel can be viewed here: https://www.youtube.com/user/luigifan00001/featured