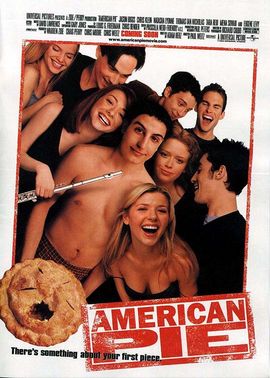 American Pie is a 1999 teen comedy film directed by Paul Weitz and Chris Weitz, and written by Adam Herz. It was the first film to be directed by the Weitz brothers, and the first film in the American Pie series. The film was a box-office hit and spawned three direct sequels first with American Pie 2 (2001) and then American Wedding (2003). The fourth installment, American Reunion (2012), featured the entire primary cast of the first two films reprising their roles for the first time in over a decade.