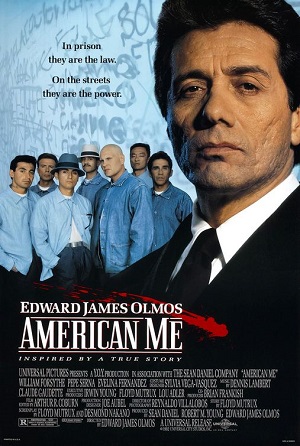 American Me is a 1992 biographical crime film. It is directed by Edward James Olmos and based on the real life Mexican-American gangster Montoya Santana and the foundation of the Mexican Mafia crime syndicate. Olmos played the lead role.