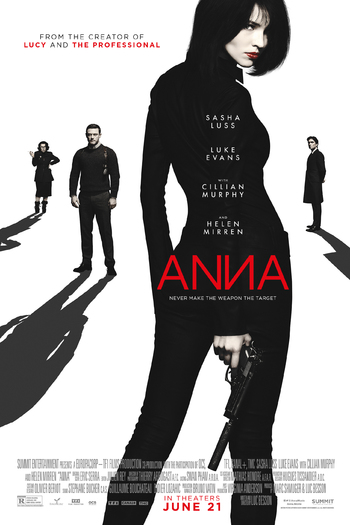 Anna, a young Russian beauty who has been the victim of domestic abuse, will do anything to escape the life she is trapped in. In a twist of fate, she reluctantly accepts an offer by KGB officer Alex. After a year of training, she is to work as a KGB assassin for five years under a handler named Olga, after which she will be free to continue her life as she pleases. KGB head Vassiliev is not willing to honor this agreement, implying that the only way out of the KGB is death.

No relation to the 2012 horror game. And not to be confused with Hanna.