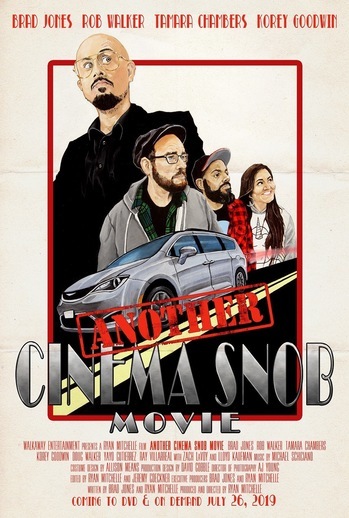 After Craig releases his own The Cinema Snob Movie (a stereotypical internet movie featuring the Snob going to space) to scathing reviews, he, Neil (now played by Rob Walker) and some new friends set off on a road trip to reconnect with Craig's father (Lloyd Kaufman), only to find themselves lost in a small town with several dark secrets. Craig and Neil are the only returning characters from the first film, though Yayo Gutierrez appears as Craig's agent (first introduced in the Snob review of Heaven's Gate); other new cast members include Tamara Chambers, Doug Walker, Korey Goodwin and Laura Luke-Jones, while Zach LaVoy and director Ryan Mitchelle appear as new characters.

On September 1st, 2019, the film (as well as Jesus, Bro!) became available on the Troma NOW streaming service

, becoming the first of Jones's films to appear on a streaming platform and making Jones* who has stated that The Toxic Avenger is one of his favorite movies of all time a member of the Troma family.