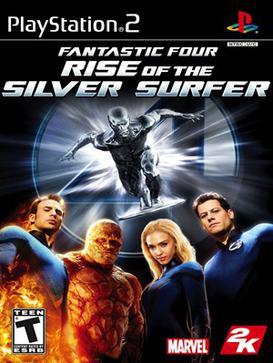 Fantastic Four: Rise of the Silver Surfer is a video game based on the film of the same name. It was released for the PlayStation 2, PlayStation 3, Xbox 360, Nintendo DS, and Nintendo Wii in June 15th, 2007. None of the actors of the film reprised their roles. It notably has the Skrulls as minor antagonists.

The game contains examples of these tropes