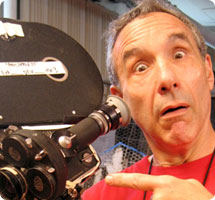 Pictured: A fucking genius.
Director/B-Movie Mogul, born December 30, 1945 in New York City, New York, President and Founder of Troma studios, and champion for the cause of truly independent cinema.
Advertisement:

This director has examples of: