A listing of characters from The Great. 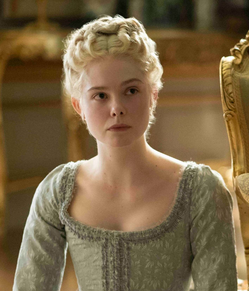 Played by: Elle Fanning
"Ever since I was a child, I felt like greatness was in store for me. Like God himself had spat me forth to land on this Earth and in some way transform it."

The future Catherine the Great, here a naive and idealistic German princess who comes to the Russian court with grandiose dreams of love and romance. Upon learning that her husband is depraved and dangerous, however, she quickly turns her attention to seizing power and bettering Russia herself. 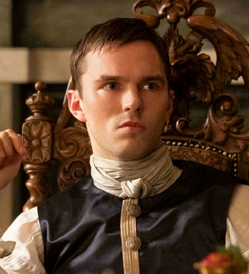 Played by: Nicholas Hoult
"I'm happy to hear anyone's problems with me. Don't worry about the bodies."

The reigning Emperor of Russia and Catherine's husband, a hedonistic and violent young man used to getting his way. 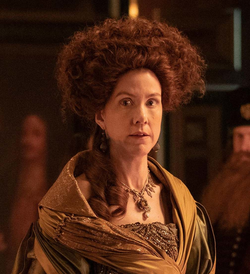 Played by: Belinda Bromilow
"Most women die with an unsaid better idea in their hearts."

Peter's doting aunt. Although she is quirky, she has the longterm future of Russia in mind. 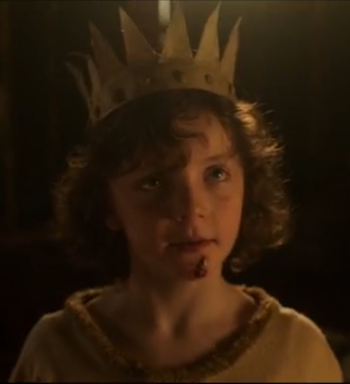 The bastard son of Peter's father and, therefore, Peter's younger half-brother. Aunt Elizabeth secretly keeps him locked away in a quiet wing of the palace under heavy guard. 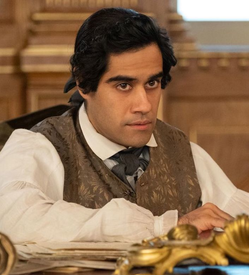 An advisor of Peter's, a progressive concerned with the intellectual development of Russia. Catherine notes that his views are in line with hers and recruits him to join the coup. 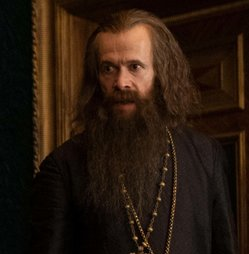 Played by: Adam Godley
"People underestimate the joy in suffering."

The Archbishop of the Russian church, who opposes the progress Catherine seeks to bring about. 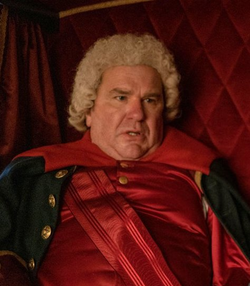 The leader of the Russian military, who takes the brunt of Peter's disappointment at how the war against Sweden is going. 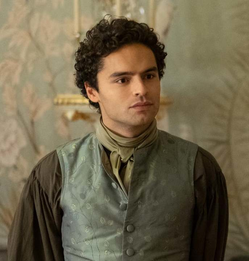 Played by: Sebastian de Souza
"We are always not quite as good as we wish. As capable, as bright. It is the human way to fall short of ourselves. For our thoughts can be untouched by a hard reality, whereas our bodies and souls must bump against the world, and the world will even up the equation over who we are."

A young nobleman whom Peter gifts to Catherine as a lover. 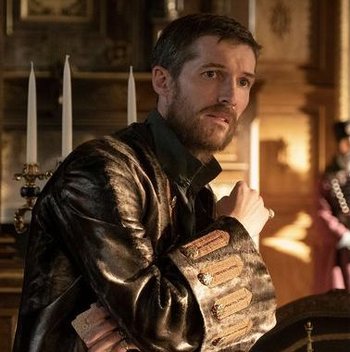 Played by: Gwylim Lee
"He's my emperor and I love him." 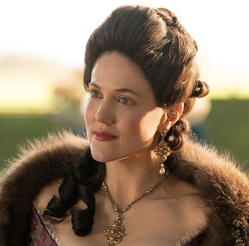 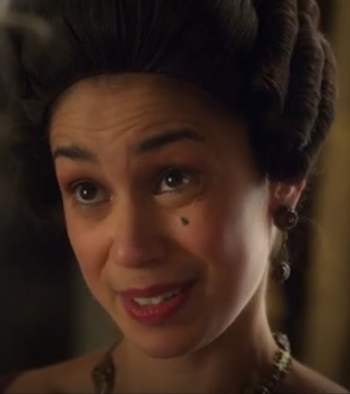 A wealthy noblewoman who holds a lot of influence with the other ladies at court who develops a rivalry with Catherine. 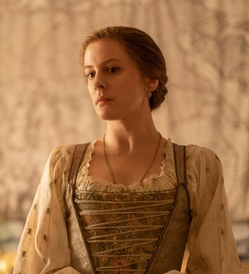 Played by: Phoebe Fox
"What if your vision of the bear, and the great love, your heart filled and glowing, what if that great love was Russia itself? Not Peter."

Catherine's servant, a former court lady who was demoted to serf after her father offended Peter. She is motivated by her desire to return to her former station and is the one who initially inspires Catherine to overthrow Peter. 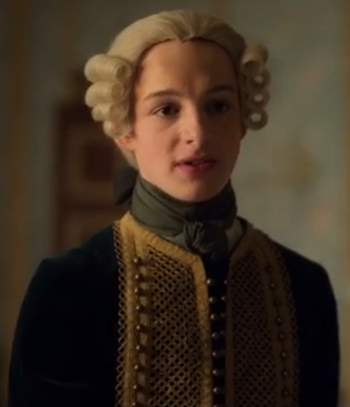 One of Catherine's manservants.