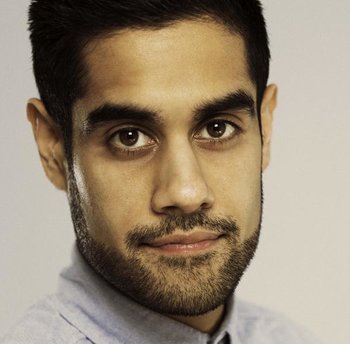 Sacha Dhawan (born 1 May 1984 in Bramhall, England) is an English actor. His credits include Akthar in The History Boys (both the play and its film adaptation), Paul Jatri in Last Tango in Halifax, Manish Prasad in Line of Duty, Gryff Whitehill in Game of Thrones (Telltale), and Davos in Iron Fist. Dhawan is known to Doctor Who fans as an incarnation of the Doctor's nemesis the Master and is the first British-Indian actor to be cast in the role. He had previously appeared in the docudrama An Adventure in Space and Time as Doctor Who's first director Waris Hussein.

You let that trope fester!