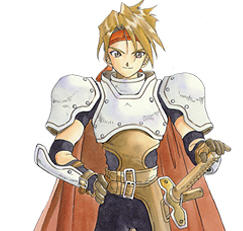 Cress is an archetypical RPG hero. he's a Hot-Blooded, courageous, Book Dumb, and slightly oblivious country boy with a sword who gets sucked into an adventure he didn't want. He loves justice, and is motivated by wanting to avenge his Doomed Hometown. 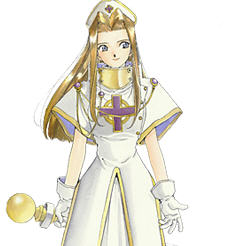 A Mysterious Waif Cress meets after they're both captured and thrown in jail. He helps her escape and find the one person who can help them defeat Dhaos. She is an orphan from a long line of healers with a deep connection to the legendary Unicorn. 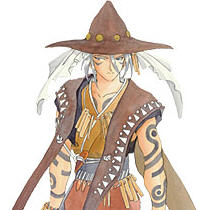 Shortly after arriving in the past, Cress and Mint seek out Klarth, a researcher who is trying to find a way for humans to use magic. On the way, he ended up rediscovering the lost art of summoning, and is making an effort to resurrect it, much to the scorn of his colleagues. Part Mad Scientist, part Witch Doctor, part Mr. Exposition, and all Cool Old Guy, he acts aloof and vain, but he truly does care for the crazy kids dragging him all over the world. His weapon is a book. 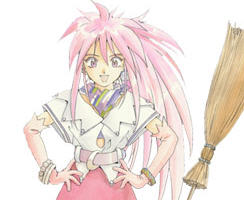 A half-elf from the past, she joins the party because they need someone who can use magic to defeat Dhaos. She is usually immature and easygoing, and a bit of a perv, but she's a powerful addition to the team, and essential at lightening the mood. Her weapon of choice is the flying broom that she rides on. 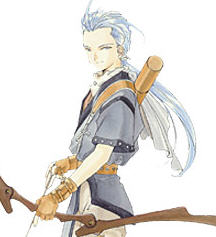 Cress' childhood friend, an orphan who lost his only family when their Doomed Hometown was destroyed by the army trying to ressurrect Dhaos. He's the best archer in town... Or at least, he was, before the town burned down. He's very Hot-Blooded. 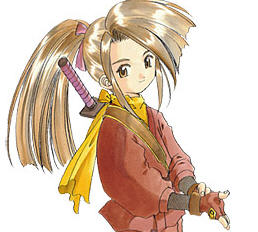 Suzu is a ten-year-old ninja girl from the future. In the PSX remake and beyond, the party meets her in Volt's Temple. (In the SFC version, you met her when (if) you managed to find the hidden ninja village, Japoni.) She's next in line for the position of chief of Japoni, since her parents are Brainwashed and Crazy and ran off. In the PSX remake and beyond, she will join your party after a brief sidequest involving fighting in the Euclid coliseum and finding Japoni. She fights with a nintou. 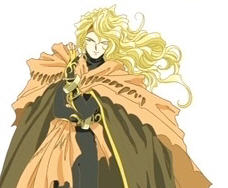 The "Demon King," a man from another world who is wreaking havoc on the world and needs to be stopped. Later, it's revealed that his homeworld was dying, and he came to Aselia to prevent the people from destroying their Mana Tree, and get a seed from it so that he can save his homeworld. He has the ability to travel through time. 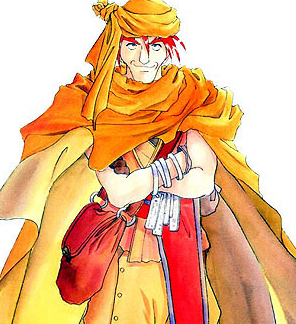 A descendant of one of the four original heroes that defeated Dhaos. Was one of the four that trapped him and sealed him away for 12 years.When he realizes that Mars has both pendants and plans to release Dhaos, he rushes off to the Mausoleum, ordering Cress, Mint, and Chester to stay behind.

A knight from Euclid that seeks to release Dhaos in order to gain power.

Trinicus's ancestor, one of the four heroes that originally defeated Dhaos.

One of the four heroes that defeated Dhaos. The archer on the ground. She's also a main character in the side novel Katararezaru Rekishi, which takes place before the Valhalla war. In the recent game Narikiri Dungeon X, her role in the story seems to have been replaced by Rondoline E. Effenburg, a new character.

One of the four heroes that defeated Dhaos. Mint's ancestor.

One of the four heroes that defeated Dhaos. Cress's ancestor.
Introduced in Narikiri Dungeon

One of the two main characters of Narikiri Dungeon. A 13 year old girl. Dio's twin.

One of the two main characters of Narikiri Dungeon. A 13 year old boy. Mel's twin. 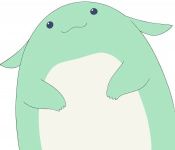 A small animal that Mel and Dio encounter. Named after the sounds it makes.

A fairy who is tasked by Norn to take care of the twins. 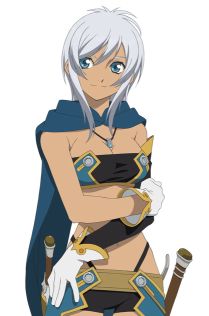 AKA Rody as a personal nickname. A girl that travels through time, chasing Dhaos. An addition exclusive to both the voiced Cross Edition on the PSP port of the original Tales of Phantasia, and also added to Narikiri Dungeon X.