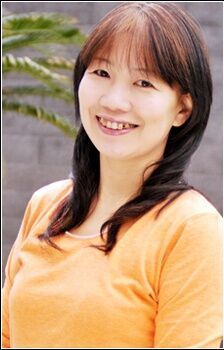 Taeko Kawata is a seiyuu born March 20, 1965. She is best known by fans from across the globe as the Japanese voice of Amy Rose in the Sonic the Hedgehog series. Because of her child-like vocal range, she is often cast as young girls or mini moe-type characters that hadn't reached puberty or some that are cheery at times (compare Satomi Koorogi, Mika Kanai, Ikue Otani, Yuri Shiratori and Yukari Tamura in this example).

Not to say that one of her only roles, she occasionally plays against her own type as being shy or being emotionless. It seems Amy's moe-like persona is Taeko's signature move, as some of her other characters have the same persona.

She occasionally appears in some anime with Junichi Kanemaru (whom she worked with in the Sonic games), and has a Twitter account.