open/close all folders
Ghosts In Supernatural 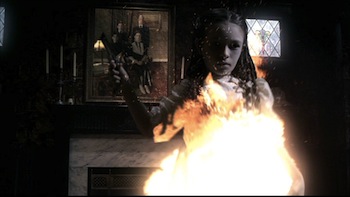 The ghosts of Supernatural are disembodied spirits, which for whatever reason remain attached to a place or object after death. These spirits can be repelled by salt or iron, but are eliminated by salting and burning their remains or occasionally by dealing with unfinished business. 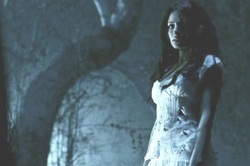 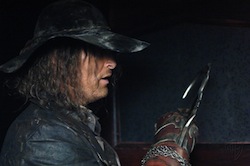 The Thing In The Closet

Mary Winchester, The Thing in the Closet (Samantha Smith) 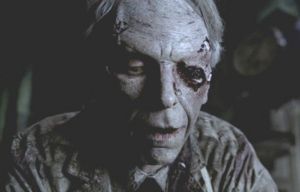 Don't be afraid. I'm going to make you all better. 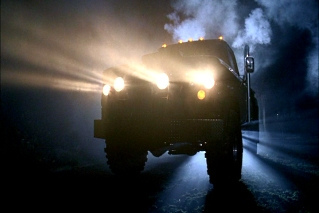 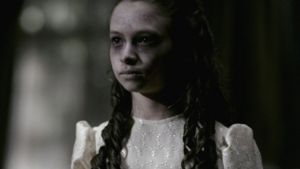 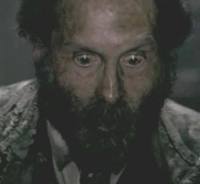 You're so pretty. So beautiful. 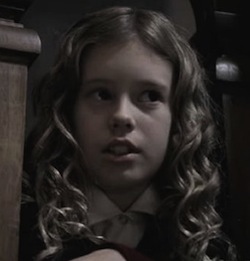 I received the Word of God. He spoke to me, told me to smite the wicked. I'm carrying out his will. 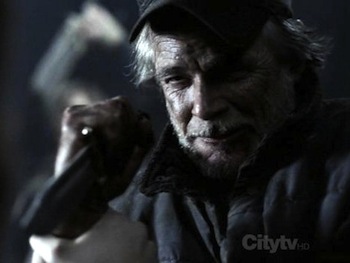 My wife is gone. All I got left's hurting you.

Jonah Greely was a farmer off Route 41 near Nevada City, California, who was run over by Molly McNamara in 1992. His death lead his wife, Marion Greely, to commit suicide. Every year he tortures someone to punish them for what happened to him. Appears in "Roadkill" (S02, Ep16). 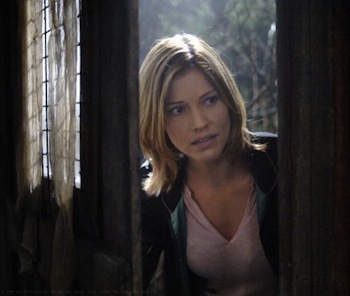 Stop! Stop! You have to help me.

Molly McNamara was driving to Lake Tahoe with her husband, David, on February 22, 1992, their 5th wedding anniversary, when she strikes Jonah Greely with her car and kills him. She also dies in the accident, but despite being cremated appears each year on the anniversary of the accident only to be tortured by the spirit of Jonah. Appears in "Roadkill" (S02, Ep16). 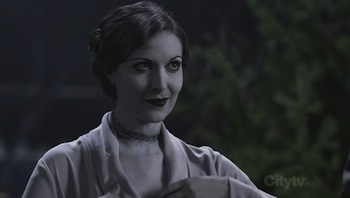 Elise Drummond (born on March 24, 1900) set off for Hollywood in 1918 to find stardom. She had an affair with a studio executive, who fired her when she got too old. Destitute, she hanged herself on Stage 9 at Warner Bros. Studio 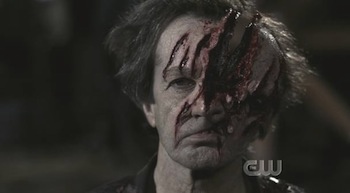 William (Billy) Beard was an electrician who died in an accident in 1966 on a movie set at Stage 9 at Warner Bros. Studio. 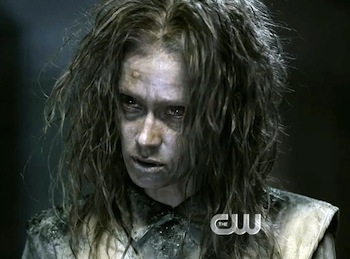 You let those two go.

She was born in 1934, worked as a nurse, and died in Green River County Detention Center near Little Rock, Arkansas in 1976 during an inmate uprising. Once her spirit was released when the old cell block was opened up in 2007, she starts exacting revenge on those she sees as guilty. Appears in "Folsom City Blues" (S02, Ep19).

Why won't anybody tell me what's on the other side? 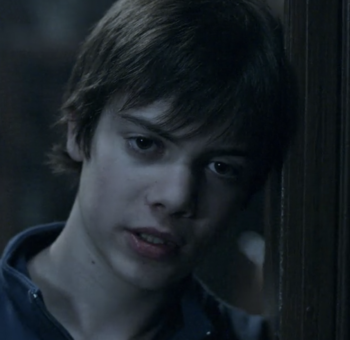 Cole Griffith died of an asthma attack on a cold day in Greybull, Wyoming, but no one else would die for the next 10 days in his town, because the Reaper who came for him was abducted by a demon in a plot to break one of the 66 seals. Cole teaches Sam and Dean how to navigate the spirit world and helps them prevent the deaths of the Reapers. He remains reluctant to leave with Tessa, as he worries about his mother, but eventually walks into Tessa's arms and vanishes into white light. 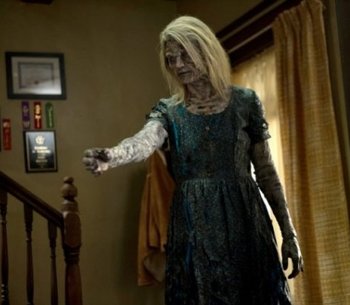 The late mother of Timmy, an innocent shy kid at a foster home. After he prays for her to return, she returns as a vengeful spirit protecting Timmy from whatever she perceives as a threat to him. 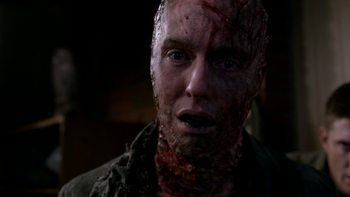 A high school teacher killed by a group of clueless teenagers, he starts to kill them one by one through the internet. 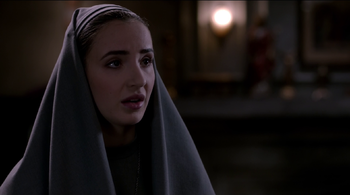 The ghost of a nun who murders husbands unfaithful to their wives.

The ghost of a party performer wrongly accused of child molestation. He goes on a killing spree by possessing people who wear his belongings.

A vengeful ghost who resides in his former home, he went insane after the death of his daughter and starved himself to death, after which he started to murder children and use their souls to strengthen him.

The ghost of a boy murdered by Hugo Moriarty, who intended to use his soul and other children to power himself. This means that they cannot enter Heaven until Hugo is stopped. 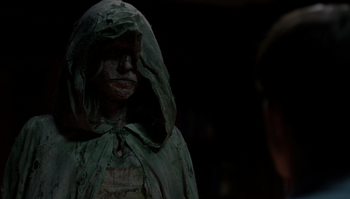 Gavin MacLeod's fiancee, she stowed in the Star to accompany Gavin in his voyage from Scotland to the New World. Unfortunately, when he was spirited away by Abaddon, Fiona had no protection against a bunch of rapists who then brutally raped her and caused her to transform into a vengeful ghost after the Star's shipwreck. 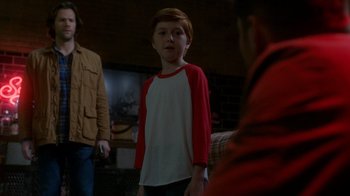 The ghost of a young boy attached to a pocket knife given to him by his father and was used by the real estate developer Jay to force people out of their property. Wanting Sam and Dean out of the way, Jay forces the boy to possess a TV and suck them both into the world of Scooby-Doo, where he is no crook in a suit and is very real.