open/close all folders
Reapers in General 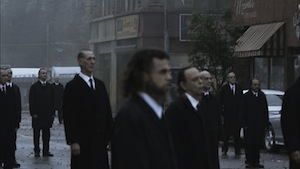 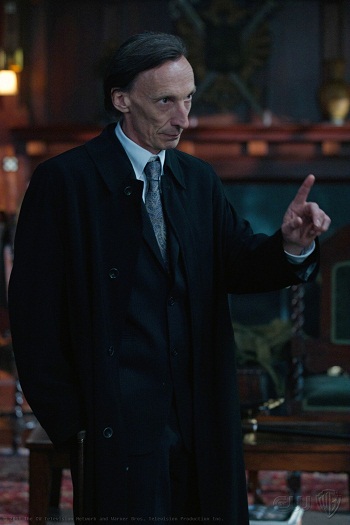 "This is one little planet in one tiny solar system in a galaxy that's barely out of its diapers. I'm old, Dean. Very old. So I invite you to contemplate how insignificant I find you."

Death is the one and only "Grim" Reaper, and leads the other Reapers. 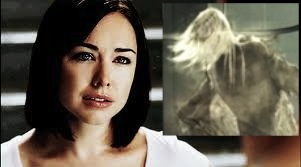 "It's your time to go, Dean. And you're living on borrowed time already." 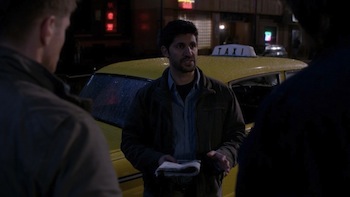 "Smuggling a mortal across the border is risky enough, but gate-crashing a Winchester into Hell seriously blows."

Ajay is a rogue Reaper who smuggles people and souls between earth, Heaven, Hell, and Purgatory, for a price.

"You can kill me. It won't matter. If I don't find Castiel, there are others that will."

A freelance Reaper hired by the angel Bartholomew to find the now-human Castiel after he wards himself against angel detection. 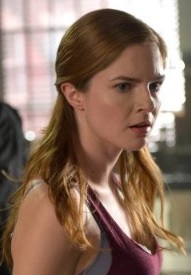 "New sheriff in town, Cas. They hired a bunch of us. I got lucky. Enough questions from you — I have several of my own."

Another freelance Reaper hired to track down Castiel, her approach is somewhat different: After possessing the real April's body, she gains Castiel's trust by giving him food, shelter and companionship — as in, introducing him to sex.

The next morning, Cas finds out the hard way that she's borrowed his angel blade. April reveals herself to be a Reaper, ties Castiel to a chair, and tortures him for information on Metatron's spell to empty Heaven. Sam and Dean arrive and ice her — but not before she fatally stabs Castiel through the stomach. 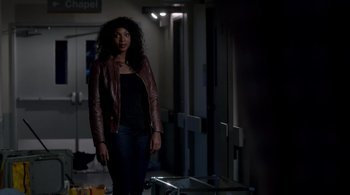 "You and Dean dying and coming back again and again. The old Death thought it was funny, but now there is one hard fast rule in this universe. What lives, dies."

A Reaper who shows up after the apparent death of Death, which she seems to take personally. It's her stated goal to make sure the next time Sam and Dean die, they don't come back. After her death in Season 12, she is promoted to become the new Death.

"Hello, my name is Jessica. I'm a reaper and I’m here to lead you to your next life."

A reaper tasked to reap Dean's soul when he dies in "Advanced Thanatology". She is later ordered by Billie to watch over the Winchesters.

"One measly life on the line and you're ready to lose it all? That's not just dumb, that's Winchester dumb."

A reaper assigned to keep the newly revived Jack out of trouble before his planned attack on Chuck.