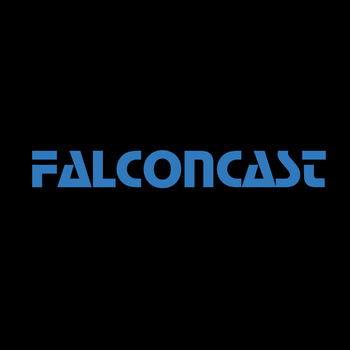 Falconcast is a Web Video series on YouTube, and stars actor, director, film critic, and writer Caillou Pettis, as him and a friend talk about hilarious stories, sing original on-the-spot songs, bring on special guests, talk about movie news, and more. The show usually co-star's Pettis' friend, Nicholas Favel. This series is uploaded every Saturday morning, as part of the Twisted Falcon YouTube channel.

The first season of Falconcast debuted on March 8, 2014, and concluded on December 20, 2014. The season consisted of twenty-two episodes, and starred Pettis, Favel, Dawson Haase, Kyle Goldthorpe, and Beau Chevassus. Shortly after the season concluded, it was announced that Falconcast would return for a second season, set to premiere in 2015.

The second season of Falconcast debuted on January 31, 2015, and concluded on December 19, 2015. This season primarily focused on a balance of Pettis and his friends doing various games and activities, as well as the usual schedule. The season consisted of seventeen episodes and starred Pettis, Favel, Tal Butler, Ethan Parker, Daysen Jaffray, Kadin Brimacombe, Kail West, and Ben Robertson. Pettis announced that Falconcast would return for a third season, set to premiere in 2016.

The third season of Falconcast debuted on January 30, 2016, and concluded on April 15, 2016. This season was the shortest season in the show's history, only consisting of four episodes. Pettis has said that the reason why season three ended at four episodes was because he felt the show needed a break, and was focusing too much on the same formula. The season starred Pettis, Favel, Shane Macinnis, and Brimacombe.

In early 2017, via the show's official Facebook page, Pettis confirmed Falconcast will return for a fourth season, set to premiere in 2017. However, Pettis has said the fourth season might completely change up the formula, and will be about Pettis and his friends talking about movie news and movies.

On November 10, 2017, the official social media accounts for Falconcast posted a blurred out image, presumably showcasing the Falcon Cast logo. This could be a teaser for the upcoming fourth season.