Several Overlords flock to one who has... *snort* tragedy befall him. Whether to help, take advantage, or just laugh, they are the most powerful beings in The Multiverse; and should one gain advantage over the others, they will rule all.

These are the principal players in the struggle for control of the Netherworld in Makai Kingdom: Chronicles of the Sacred Tome.

Zetta (The Most Badass Frickin Overlord in All The Cosmos) 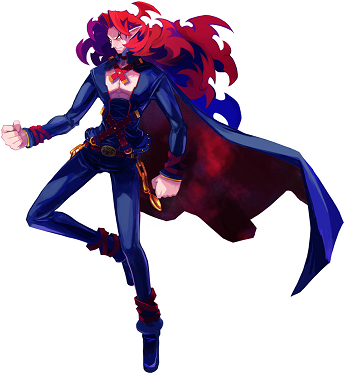 Zetta was once the most powerful overlord in the Netherworld. Due to a prophecy from the Sacred Tome that foretold of its destruction by his hands (which he accelerates by burning the book), Zetta loses his body and binds his soul to the Sacred Tome in order to save himself. Since he can no longer conquer the Netherworld by himself, he has to wish into existence a horde of Player Mooks to do his work for him. 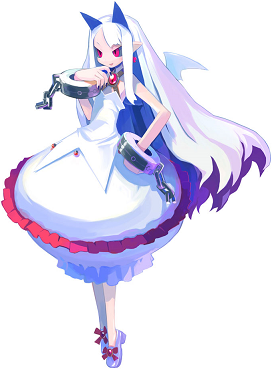 Pram is the snarky Oracle who predicted the death of the Netherworld. She spends most of her time alternating between trying to help Zetta get his body back and mocking him for his stupidity (sometimes these two overlap).
Salome 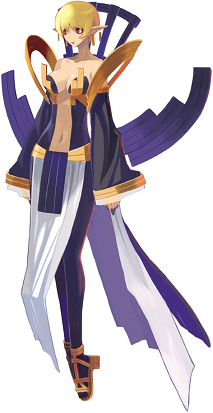 A former human who chose to become a demon rather than be reborn into the human world, Salome was once a pupil of Zetta's. However, she doesn't have as much power as most typical Overlords.
Babylon 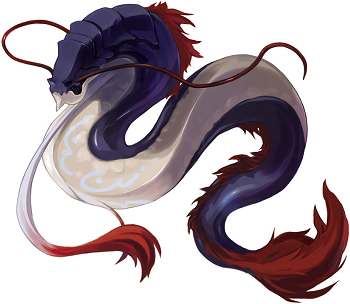 The Dragon God Babylon is the largest and oldest of all of the Overlords in the Netherworld. His old age has made him senile, and he has a tendency to fall asleep in the middle of a conversation.
Alexander 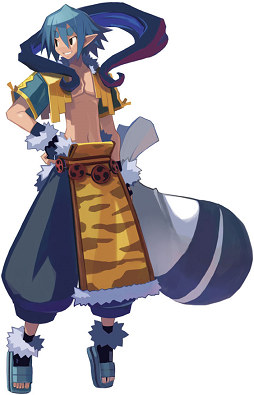 Alex is the God of Destruction, and has developed a fierce ongoing rivalry with Zetta. Most of the time, he's directly tried to kill Zetta himself, but other times, he's employed the help of the Thunder God Raiden to do his work for him.
Seedle 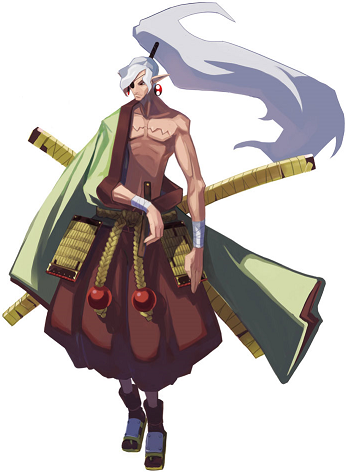 Seedle is the God of the Underworld. As Zetta himself puts it, "He was a kind, brave Samurai until he got lost in the Underworld, where he kicked enough ass to become head honcho." 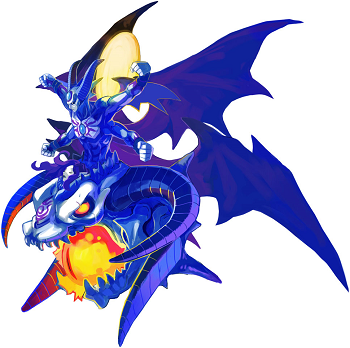 The Star Overlord Valvoga is often summoned into Netherworlds to fight would-be heroes as a "final boss". Valvolga consists of three independently-speaking parts: Micky, the head and torso; Ophelia, the upper body; and Dryzen, the lower body. Micky is supposed to be the brains of the group, but is often bullied into doing what Ophelia and Dryzen want because he's too timid.
King Drake III 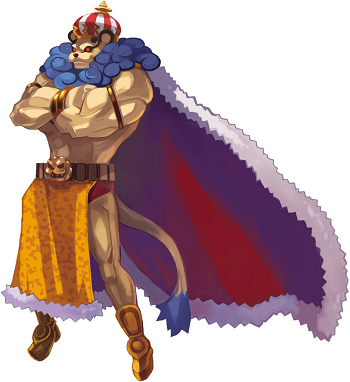 King Drake III is, uh...a "special" kind of Overlord. Most of the other Overlords don't think too highly of him, because he does a lot more talking and scheming than he's actually capable of.
Trenia 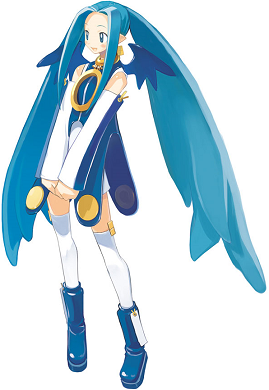 Trenia is a mysterious girl who appeared when Zetta's soul was bound to the Sacred Tome. She appears to be goofy and aloof most of the time, giving cryptic warnings to the other Overlords one minute, and casually strolling along and chasing after butterflies the next.
Petta

Petta (The Most Badass Frickin Overlord in All The Cosmos' Daughter)

A new character starring in the extra scenario called “Papa is the Strongest Overlord” in the port of Makai Kingdom for the PSP. Petta also went HD in the 6th DLC pack for Disgaea 4: A Promise Unforgotten.