Here are the characters of Love, Chunibyo & Other Delusions.

Note: Due to the divergent development of both the light novel and the anime, differences are highlighted.

Back in middle school, Yuuta was himself a victim of "Chuunibyou", fancying himself as the "Dark Flame Master", a goth guy clad in black who can wield dark-purple flames. Nowadays, though, he'd rather disassociate himself from it, since it caused him to become stigmatized, thus, come high school, he moves away far enough to where his old classmates cannot find him. But his past still comes back to haunt him, one way or another, when he meets a girl still suffering from chuunibyou... who proceeds to blow his cover.

A strange girl who wears a medical eyepatch over her right eye and has just moved into Yuuta's apartment building upstairs with her older sister Touka. Unlike Yuuta, Rikka indulges in her delusions even well into high school in the form of "The Wicked Eye", a goth-loli who wields a weaponized umbrella.

A beautiful, chuunibyou-hating girl in Yuuta's class who is also a transferee. In the anime, her attitude is explained as the result of her desperate attempts to erase all traces of her past as a chuunibyou herself, having went by the name "Mori Summer", a medium and writer of the "Mabinogion", her journal of faux-philosophical rants currently in Sanae's possession. 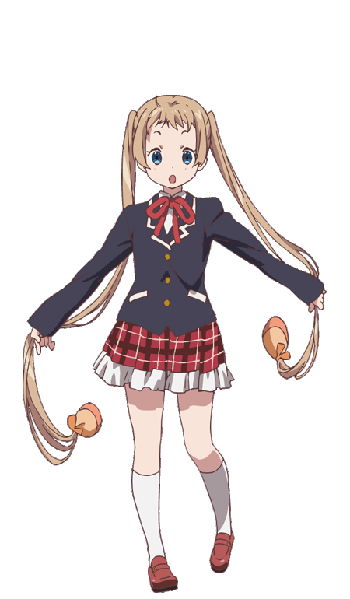 Anime-exclusive character. A kid from the school's middle-grade department. Like Rikka, whom she met on the internet, Sanae also suffers from chuunibyou. She takes on the form of "Mjolnir Maul", a mid-range fighter who uses her long bola-resembling twintails to fight - which more often than not serve as hindrance rather than help. In the world of delusions, she then "switches over" to a gigantic hammer.

Anime-exclusive character. A sweet kid and Yuuta's upperclassman who's quick to fall asleep. 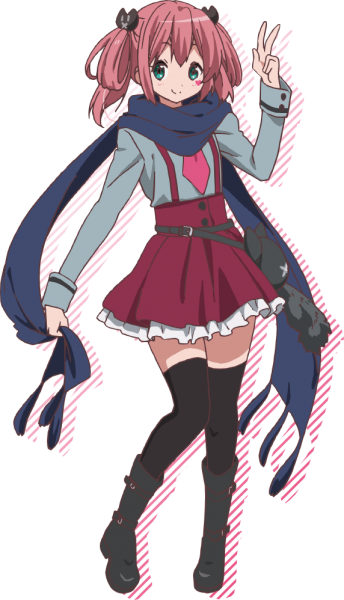 Appears in the second light novel and the second season of anime. Yuuta's chuuni friend from middle school who suddenly moved away. Yuuta mentions that she's probably the reason he got infected with chuunibyou. Unlike Yuuta and Shinka, who have been cured from chuunibyou, and Rikka, who is infected but is unaware that she has the disease, Satone is completely aware that she is infected and is loving every moment of it. Her chuuni persona is Sofia Ring SP Saturn the 7th, or Sofia-chan, the Magical Demon Duchess. 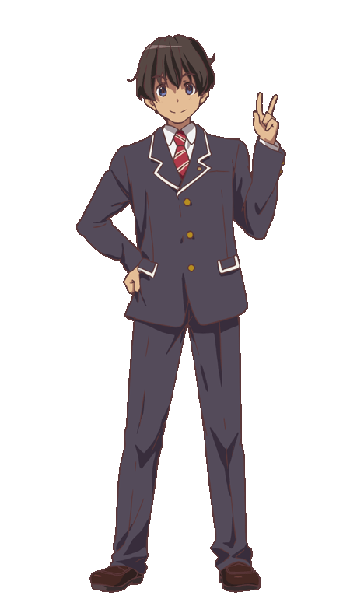 Yuuta's first friend in his new high school, who has a habit of profiling all the girls in their class. 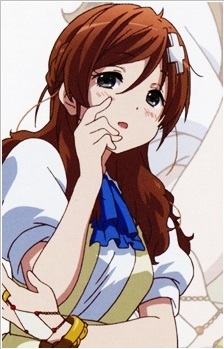 Anime-exclusive character. A young woman who poses as the "real" Mori Summer in order to get Dekomori's attention.

Anime-exclusive character. Rikka's older sister and a professional cook, with whom she has a not-so-good relationship, owing to the fact that she mostly serves as the serious foil to her insane antics. 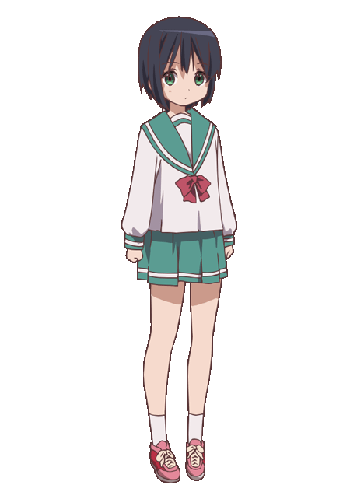 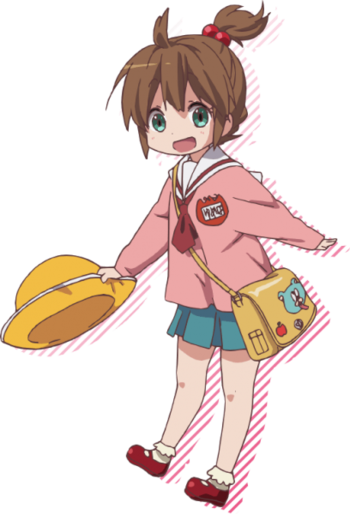 Yuuta and Kuzuha's youngest sister and a five-year-old preschooler.