General
An army of Mewman ultra-nationalist warriors empowered, but also driven mad, by the magic of Solaria. The original Solarians lived hundreds of years ago, with only Mina surviving to the present, but Mina recruits more that stage an attack at the end of season four.
Mina Loveberry 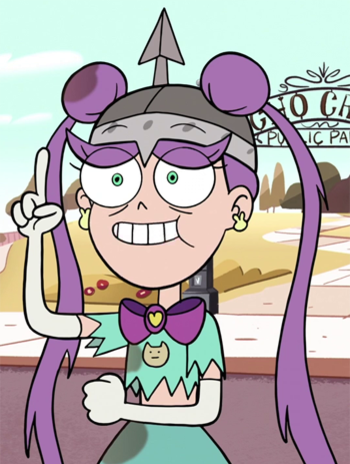 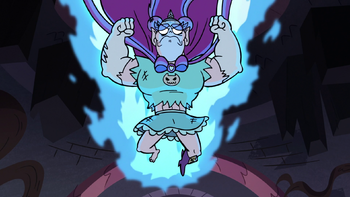 Voiced by: Amy Sedaris
"Hahahahahaha! Oh, I'M the crazy one?! The person saving our kingdom from monster invaders?! HA!! Did ya hear that, Queen?! Our kingdom used to be great! But not anymore! It's time to give Mewni back to the Mewmans! And if that makes me crazy...I'm as- CUCKOO! CUCKOO! CUCKOO! - as they come!

Once the greatest warrior of Mewni, now a crazy person wandering between dimensions.
Sebastian
A crow that Mina takes in as her companion in season four.
The Ancient Armors
Armors from the ancient past of Mewni, used in fights against monsters. 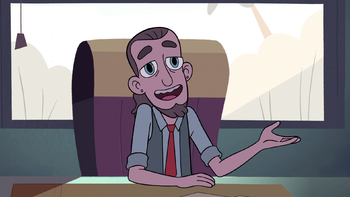 The guidance councilor at Echo Creek High. His debut episode, "Mr. Candle Cares", also shows he was sent by Tom to investigate Marco and Star's relationship, but has since stayed around.

One of Star's botched spells turned Marco's arm into this evil, sentient tentacle. Although Star was able to change it back, it swore it would return... 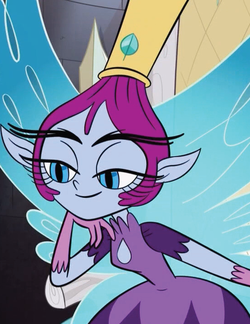 The ruler of Pixtopia. She later develops a crush on Ferguson and tries to marry him and possibly eat him. But later settles for marrying Alfonzo.

The Truth or Punishment Cube/The Box of Truth 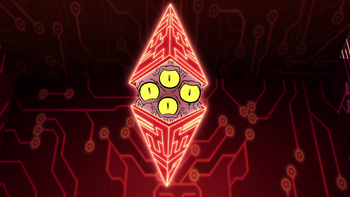 A mysterious artifact that serves as the host of a magical game where the participants must tell the truth or suffer increasingly severe punishments. Pony Head brings it to Star's sleepover for them to play.

It's eventually revealed that Truth or Punishment Cubes are actually the "Party" setting for what is known as the Box of Truth, a tool used in Mewnian Judicial Systems. 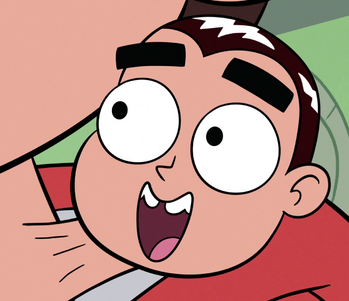 A second head that sprouts from Marco's neck to spill his most embarrassing secrets whenever he tries to talk to Jackie-Lynn Thomas. He is the product of a demon curse that Tom cast on Marco after the Blood Moon Ball to prevent Marco from asking out Star. 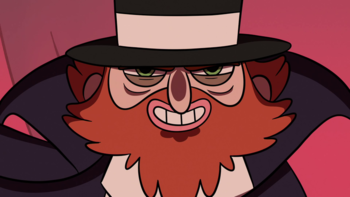 A magician who was present at Sensei's party capable of performing real feats of magic. Star had her suspicions about him and they turned out to be right in the end. 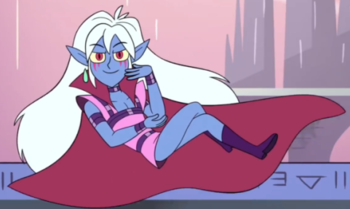 As if this show couldn't get anymore anime!
Voiced by: Max Mittelman

A genie-like being who grants wishes to residents for the Neverzone in exchange for magical creatures.