Characters / Star vs. the Forces of Evil: Septarsis

A race of monsters feared by both mewman and monster alike. 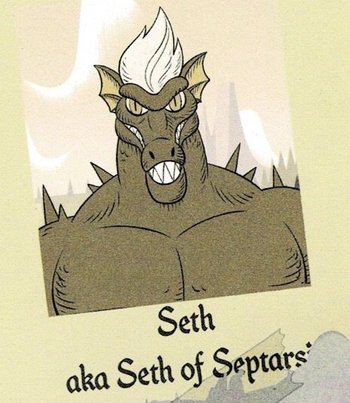 The leader of the Septarians, a feared enemy of both Mewmans and monsters alike. He died before the events of the series, but his ideals set the plot in motion. 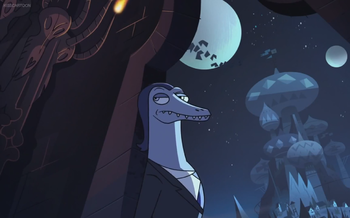 Sometimes your biggest threat is right under your nose.
Voiced by: Michael C. Hall

A mysterious lizard man who comes to help Ludo against Star. He seems to have some sort of grudge against the Royal Family and Queen Moon in particular. He is the true main antagonist for the first half of the series. 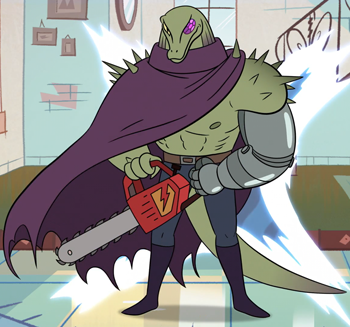 An agent for Miss Heinous to destroy Star and kidnap Marco. Was once a soldier of Toffee as well.