Characters / Star vs. the Forces of Evil: The Magic High Commission 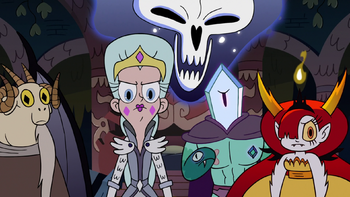 A group of powerful magical beings at the head of the Bureaucracy of Magic, created by Glossaryck to protect the magic of the universe. Queen Moon Butterfly is also an additional member, as every Mewni queen is during their reign. 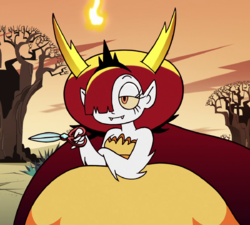 I'm the forger of all dimensional scissors. Each pair is made specifically for the entity who earns them.
Voiced by: Zosia Mamet

The creator of all dimensional scissors, and the true owner of the pair that Pony Head stole and gave to Star. 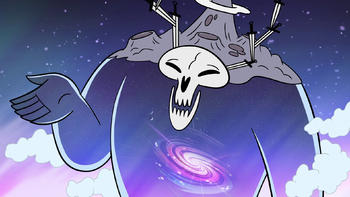 The master of space-time, watching over space-time related matters like time loops and alternate realities. 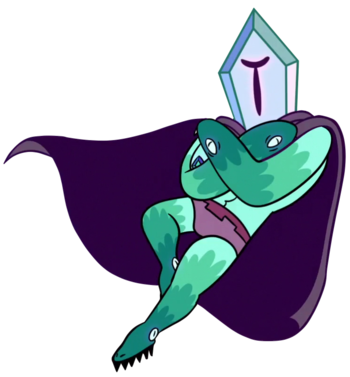 You see all these guys? My gut told me they were evil so I crystallized them.
Voiced by: Kevin Michael Richardson

The captor and jailer of high-level threats to the multiverse, encasing them in crystal prisons.

Sir Glossaryck of Terms
See his folder here for tropes regarding Glossaryck.
Sean 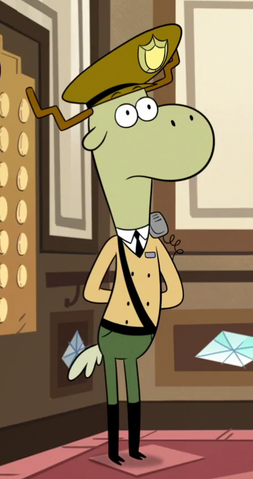 Uh, elevator's on the frisk too...sorry...? But there's muffins in the lobby.
Voiced by: Josh Sussman

An employee of the Bureaucracy of Magic, working under the Magic High Commission. 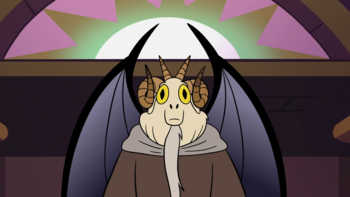 The elderly High Chancellor of the Commission. 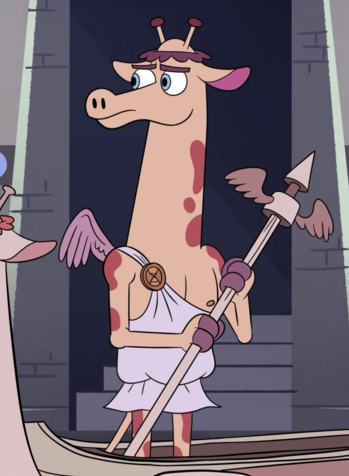 A bald headed giraffe man. Glossaryck created him to enforce orderliness but had to retire when Rhina the Riddled cast a spell that left him able to only speak in riddles. Now he's the ferryman on the River of Time.