Literature / The Magic Book of Spells 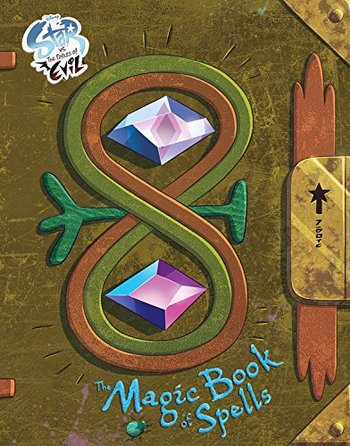 The Magic Book of Spells is a Defictionalization of the royal spellbook from Star vs. the Forces of Evil, released in September 2018. It was written by series creator Daron Nefcy, alongside crew members Domnic Bisignano and Amber Benson, and illustrator Devin Taylor.

The book covers spells and stories recorded by several past queens of Mewni, including: