Characters / Star vs. the Forces of Evil: Meteora Butterfly 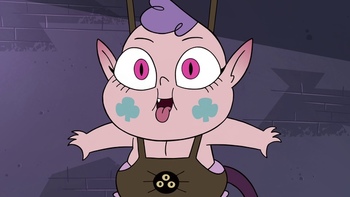 The daughter of Eclipsa Butterfly and Globgor. She was a child of miscegenation and deemed a shame on Mewman culture. After her parents were crystallized, she was sent to St. Olga's to live under the care of robots. After being raised by unloving robots, she became its headmistress until she was dethroned by Marco and his revolution. After learning her true identity, she assaulted Mewni to reclaim her birthright, but was defeated and reverted to infancy by Eclipsa.

open/close all folders
As both lives of Meteora
Advertisement:
Past-life Meteora/Miss Heinous 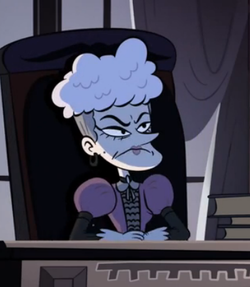 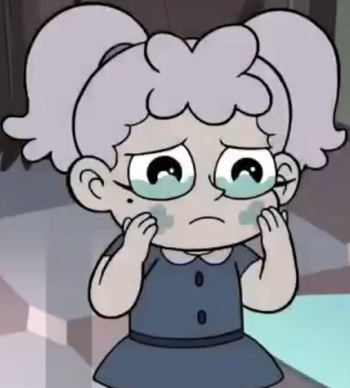 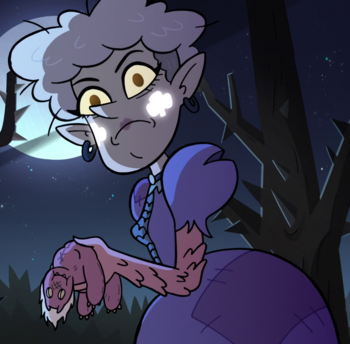 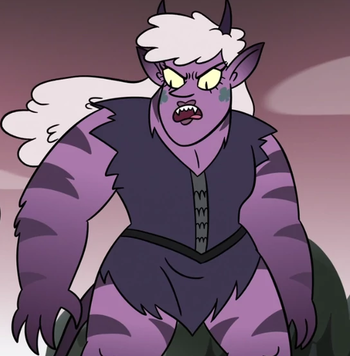 Miss Heinous was the headmaster of St. Olga's academy. A ruthless educator who abhorred the individuality the princesses displayed to the world and forced them to learn how to behave like proper ladies. She fell on hard times following Marco / Princess Turdina's uprise against her and the academy, having to live on her car with her helper and the remains of Rasticore, a killer that she hired to end Marco. She followed him to take her revenge on him but in the process recuperated her memories of being Meteora Butterfly, and decided to take revenge on the whole world instead, by reclaiming the throne that should be hers to begin with. 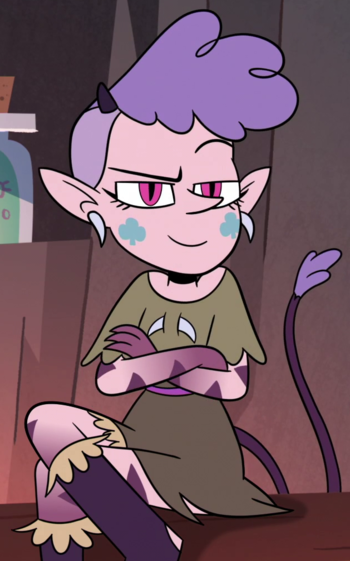 The current version of Meteora, a little baby with surprisingly powerful abilities that is being raised by her parents once again.