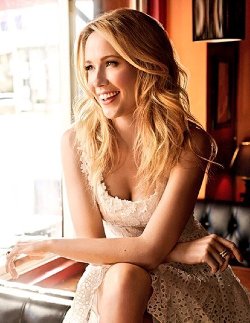 Anna Ragsdale Camp (born September 27, 1982 in Aiken, South Carolina) is an American stage and television actress. She is known for her role as Jill Mason in the 2008 Broadway revival of Equus and as Sarah Newlin in the second and sixth seasons of True Blood.

As of 2019, she is starring in Perfect Harmony.