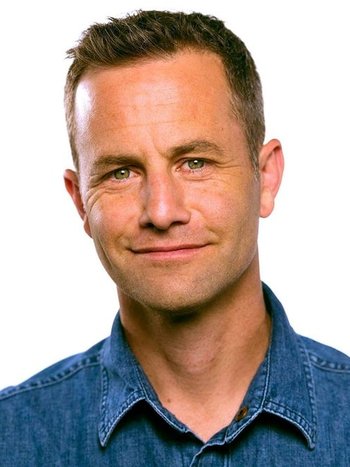 Kirk Thomas Cameron (born October 12, 1970 in Panorama City, California) is an American actor who is best known for his role as Mike Seaver on the sitcom Growing Pains.

He became a born-again Christian during his time on the show and argued with the producers over the show's scripts, going so far as to call them "pornographers". Since Growing Pains ended, he has become active in evangelical Christianity and has taken controversial positions on issues such as creationism and homosexuality, along with starring mostly in conservative, Christian-themed films since.