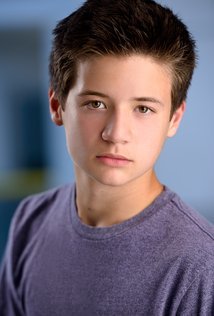 Davis Cleveland (born February 5, 2002 in Houston, Texas) is an American child actor who is best known for playing Flynn Jones on Shake it Up. Prior to playing the role of Flynn, he also appeared in commercials and minor appearances in other Disney shows, like Good Luck Charlie, Pair of Kings, Hannah Montana Forever and Zeke and Luther.

Tropes that apply to Mr. Cleveland include: