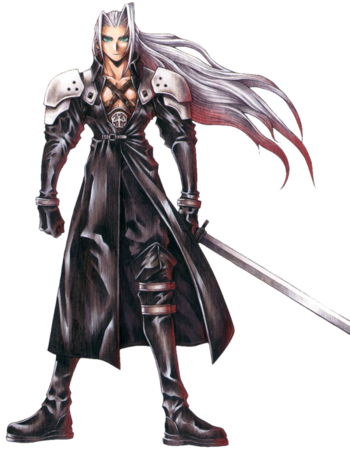 "I will... never be a memory."
Click here to see his Advent Children appearance 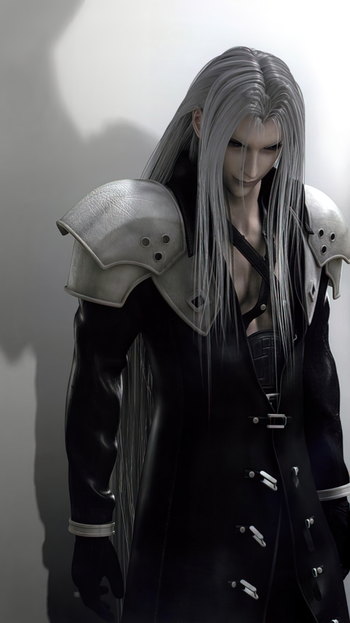 "Ha, ha, ha...my sadness? What do I have to be sad about? I'm the chosen one. And I have been chosen to be the leader of this Planet."

The Son of Jenova. The Legendary SOLDIER. The Giver of Despair.

A famous war hero and SOLDIER 1st Class, Sephiroth is a living legend within Shinra, and considered the strongest SOLDIER ever produced. Years ago on an infamous assignment to Nibelheim, he discovered the truth of his origins; he was a Super Prototype created by infusing a fetus in the womb with Jenova's cells. Misinterpreting the scientist's own misinformed research, he believed he was Jenova's biological son and that Jenova was the last of the Cetra, the precursor race that ruled the world before humans rose to power. Sephiroth put Nibelheim to the torch and set out to reclaim his legacy, but was defeated by Cloud and thrown into the Lifestream. There his spirit endured, and years later he took control of Jenova's body in the physical world to enact a plan: he would claim the Black Materia and use it to summon Meteor to strike the planet. He would place himself in the impact crater when the Lifestream emerged to heal the planet, absorbing it to become a god and reign over mankind.

Also has a self-demonstrating page.