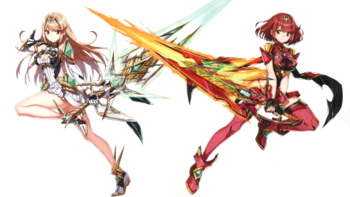 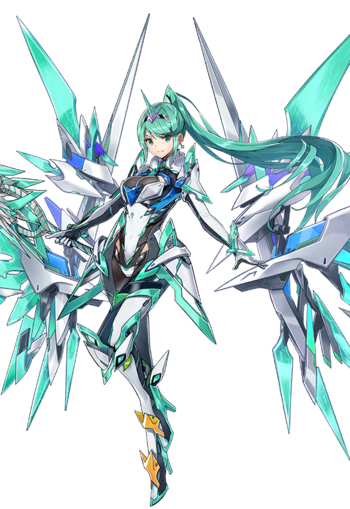 Pyra is a mysterious Blade with power over Fire. She sets off Rex's quest after he discovers her — and a bright red sword — inside a wreck salvaged by the mercenary group Torna. Pyra is in fact the Aegis, one of the first Blades created by the Architect and stolen from Elysium. Pyra is, on the outside, pretty nice and polite, as well as rather meek; however, as the Aegis, she holds intense power. Her only wish is to return to Elysium to set right what went awry 500 years ago.

Early in the game, a certain event causes Pyra to transform into a different Blade, known as Mythra. She holds power over Light. Compared to Pyra, Mythra is harsh and does not mince her lines, but still has a soft spot for people. Like Pyra, her wish to return to Elysium remains. Mythra is also a pivotal character in the Downloadable Content prequel Torna — The Golden Country, which tells the story of the Aegis War that led to her exile from Lora and Jin's perspective. 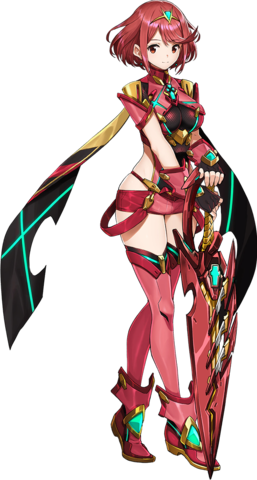 "As the Driver of the Aegis... can you take me to Elysium?"
Tropes applying to Mythra 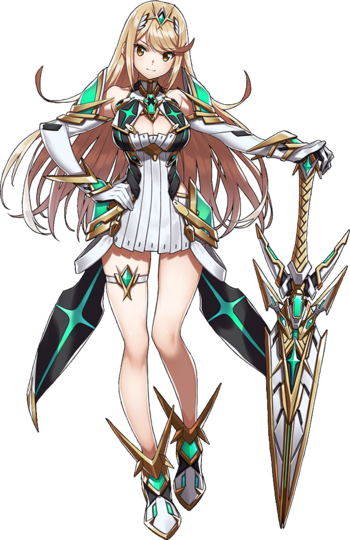 "I am not Pyra. I am Mythra. Pyra... She's a different self that I constructed."