Deepground is a top-secret military organization created by Shinra Electric Power Company headed from the secretive Mako Reactor 0 beneath the Shinra Headquarters in Dirge of Cerberus. 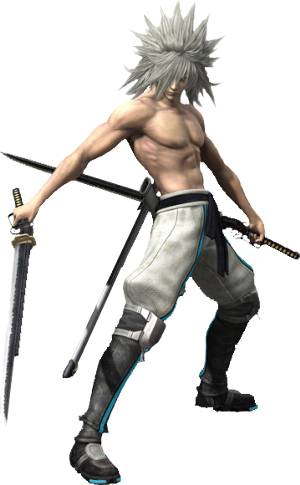 "The pure will be "spared" for the cause, while the tainted will be hunted down and exterminated. They shall be slashed, strangled, and slaughtered. Beaten, stabbed, and crushed. Garroted and impaled. Shot and executed without mercy. The time has come to cleanse this world."
Voiced by: Joji Nakata (Japanese), Dave Boat (English)

The main antagonist of Dirge of Cerberus. He's the leader of the Deepground, the secret special forces of the Shinra Company. He plans to summon Omega, the ultimate weapon, to cleanse the planet. 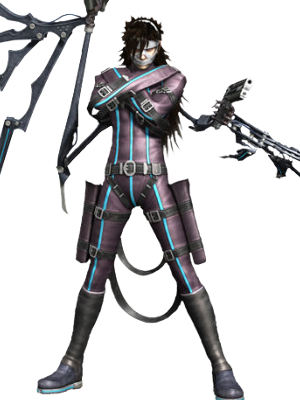 "Dear Weiss, powerful Weiss. The only person who ever loved me, and the only person I will ever love."
Voiced by: Ryotaro Okiayu (Japanese), Mike Rock (English)

Second-in-command of the Tsviets, and Weiss's biological half-brother. Commands power over darkness. 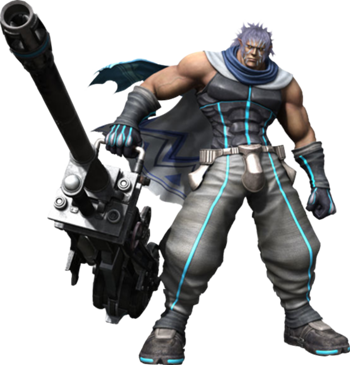 One of the Tsviets, the commanders of Deepground. He's their field commander and rejoices in being able to fight.
Rosso 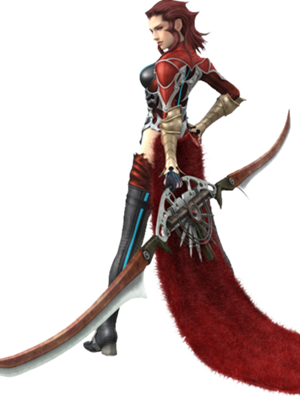 "I shall not grant you the pleasure of killing Rosso the Crimson."
Voiced by: Atsuko Tanaka (Japanese), Mary Elizabeth McGlynn (English)

Another Tsviet. Due to experimentation done on her when she was a child, she's quite mentally unbalanced. The only pleasure she gets out of life is killing her enemies.

"I have no acquaintances in the W.R.O."
Voiced by: Fumiko Orikasa (Japanese), Kari Wahlgren (English)

Another Tsviet, with the power to enter the World Wide Network mentally. Captured by Shinra as a child, the experiments she was subjected to stalled her physical aging. 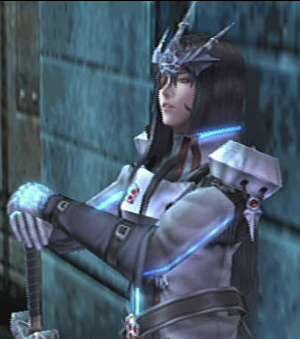 "The ones who are strong disguise themselves as the weakest, and in effect we are too weak for you to battle with."

A character found only in the online mode. Acts as a mentor in Deepground.